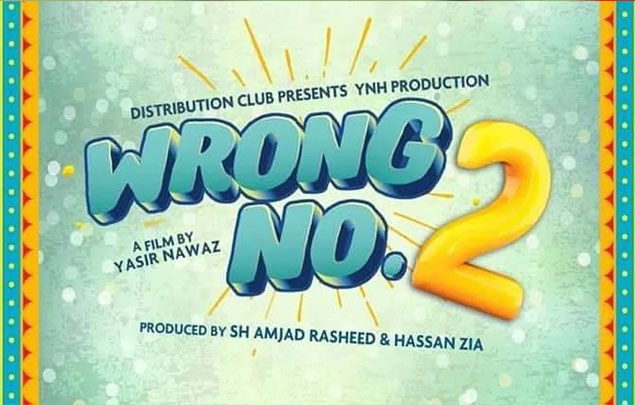 In Lahore, the first teaser of wrong Number 2 has been released and it stars Neelum Muneer Khan and Sami Khan.

Wrong No 2 is a sequel of Box Office Hit Wrong Number, which starred Danish Taimoor and Soha Ali Abro.  The Bussiness Movie did at the box office assit the producers to make a second installment of the Romantic Comedy which has Neelam Munir and Sami Khan in the lead roles.

According to the reports the film is fully comedy, romance with dance and humor. The film is a power packed family film. Wrong Number 2 star casts includes Javaid Sheikh, Yasir Nawaz, Sana Fakhar, Mehmood Aslam, Danish Nawaz and Shafaqat Cheema with others.
The Movie is set to hit the cinemas screens on Eid-Ul-Fitr.