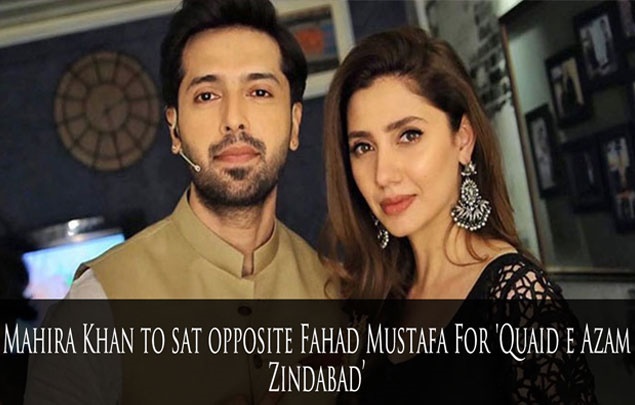 It is the couple we have been waiting for so long; and finally it has happened!
Versatile performer Mahira Khan will be pairing up with ace actor Fahad Mustafa in 'Quaid e Azam Zindabad' of Nabeel Quershi.

Mahira Khan replied to a tweet of the co-maker of the film Nabeel Qureshi, responded in affirmative that the much-awaited couple is set to grace screens next year in 2020.

Senior entertainment reporter Haroon Rashid also praised the film, which will bring together the two mega stars. Earlier, in an interview, co-director and co-producer Nabeel Qureshi confirmed that Fahad Mustafa will be portraying a cop opposite Mahira Khan in the movie that is set to be released in 2020.

Two of my favourite Pakistani stars are coming together for a new movie - @TheMahiraKhan & @fahadmustafa26! That too, with one of my favourite producer-director duos - @nabeelqureshi & @fizza999! It's called Quaid-e-Azam Zindabad and will release in 2020. pic.twitter.com/BLRsGUWrkj

The action-comedy movie ‘Quaid e Azam Zindabad’ will be directed by talented director and producer duo, Nabeel Qureshi and Fizza Ali Meerza, under the banner of Filmwala Pictures.

Quaid e Azam Zindabad will be released on Eid-ul-Azha 2020.