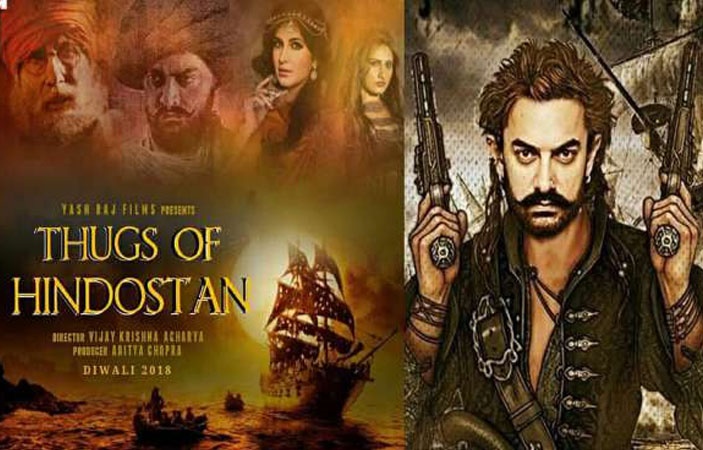 Bollywood filmmaker ‘Mr. Perfectionist’ Amir Khan and Amitabh Bachchan's new movie the "Thugs of Hindostan" trailer was released recently, which has been viewed by millions of people within just a few hours.

Amir Khan and, Bollywood’s Shahenshah, Amitabh Bachchan's film Thugs of Hindostan’s trailer has been revealed after a long period of time. The 3 minute and 38 seconds long trailer starts from the eighteenth century when the subcontinent was under British rule.

Aamir Khan talked about his movie saying, "Thugs of Hindostan is an action drama movie that carries no message in it, while in this movie- I’m playing the role of a thug who trusts no one and can do anything for money.”

BeEducated.pk wants you to know that apart from Aamir Khan and Amitabh Bachchan, actress Katrina Kaif and Fatima Sana Shaikh will also be seen playing main characters in the action and adventure filled movie Thugs of Hindostan, which will be released on November 8.


Copy of Hollywood Movie Pirates of the Caribbean?

Recently, Aamir Khan shared the first poster of the most awaited Bollywood film Thugs of Hindostan through Instagram and said, “To see myself on a poster with Mr. Bachchan is a dream come true for me. I still can’t believe it.”

However, this poster resembles the poster of Hollywood movie "Pirates of the Caribbean" to such an extent that social media users have declared it a copy of the Hollywood blockbuster movie franchise.

One user tweeting about the posters of both the films wrote, this movie is going to be the “Pirates of Hindostan”.

Another user criticized the film’s team by saying, "Do you not feel ashamed while copying the Pirates of the Caribbean? Amir Khan is going to look hilarious while (trying to copy) Johnny Depp."

While another user was utterly disappointed, because it cannot be a matter of coincidence that the two posters look so similar. For more entertainment news keep visiting our website as much as possible.