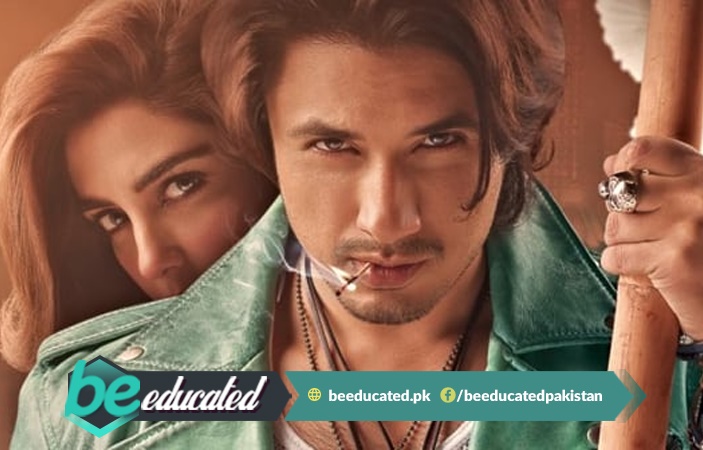 Famous Pakistani actor and singer Ali Zafar’s new film ‘Teefa in Trouble’ is going to be released on 20 July 2018. According to news reports, all the released sound tracks are becoming popular among the public including the song titled ‘Chan Ve’.

BeEducated.pk found out that the film’s song ‘Item Number’, which was recently released as well, won the hearts of million people in the country and abroad. But, now we everyone is falling in love with movie’s romantic song ‘Chan Ve’, in which Maya Ali can be seen as Ali Zafar’s love interest in the movie.

After six days of its release on YouTube, the video song has been viewed over 6.7 million times. Which is why this track has become the most listened to Pakistani movie song before the release of the film. Ali Zafar has written the lyrics of the song himself, while he and Aima Baig has recorded it as a duet.

Teefa In Trouble is another major film that is going to be released after a few days, amongst movies like Jawani Phir Nahi Ani 2 and Load Wedding that are coming a month later on Eid ul Azha. The film is said to be filled with Romance, Action, Comedy and Drama. Als it is going to be released by Lightingale Productions, while Mandviwalla Entertainment and Geo Films will be in charge of its distribution.

Filming and Casting of Teefa

According to sources, the movie’s filming started on 18 February earlier this year. The filming continued for 42 days and ended on 10 May. You will be able to see many renowned actors and actresses in the film such as Nayyar Ejaz, Asma Abbas, Simi Raheal and Mehmood Aslam. While a British actor, Tom Coulston, will also appear in the movie.

Ali Zafar has worked on all the original soundtracks of Teefa in Trouble. Also, names like Momina Mustehsan and Aima Baig are linked with film, as they have done the playback singing in the movie’s soundtracks. So, keep visiting our website for latest news and much more.