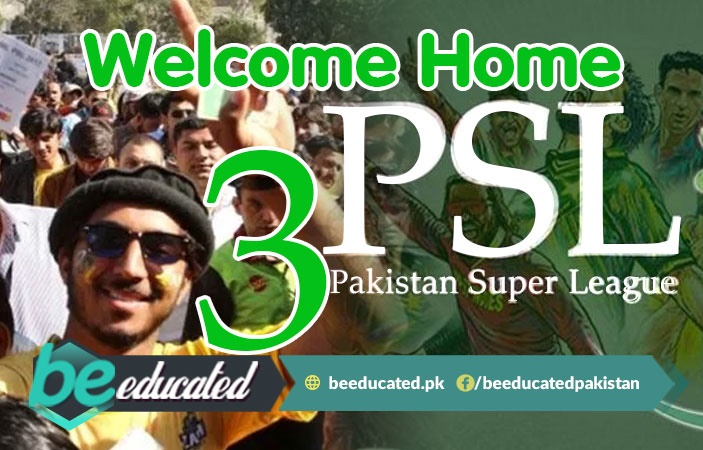 Everybody is hooked on the matches played in the Pakistan Super League 3rd Edition. Finally, PSL 3 has come home to Pakistan. No matter you are a student, a parent, or a working class person as long as you are a Pakistani you definitely know about the PSL matches that are to be played in Pakistan.

The one who wins today’s match will play Karachi Kings in the 2nd knockout match tomorrow (21st March). Whoever wins the second knockout match will then proceed to play the final of the Pakistan Super League Tournament 3rd Edition with Islamabad United, in Karachi on March 25th 2018. Final is set to be played in Karachi’s National Stadium.

All over Pakistan, cricket fans/lovers are trying to get tickets and most of those tickets have already been sold out. The cricket fever is running high right now in Pakistan. Not just that many foreigners are trying to get into the country to see the action between their favorite PSL Cricket Teams.

Foreign players have added the flavor to the tournament, forcing fans of cricketers from other countries to come watch the cricket matches here in Pakistan. This is the best of reviving International cricket in Pakistan. With all the foreigners (cricket players or fans) coming into our country, the security measures are being carefully placed for their protection.

There are certain roads in Lahore leading to the stadium which have been closed off and free shuttle service has been provided for people who want to get to the stadium from there. Everyone will have to park their vehicles in the parking spaces available near the closed roads and then board a bus (for free) in order to reach the stadium for viewing the clash today between the 3rd and 4th place and tomorrow between 3rd and 2nd place teams, in PSL 3 this year.

Schools in the vicinity of Gaddafi Stadium are to be closed by 11 AM today. In order for the parents to collect their children from their schools and get back home before the rush of cricket fans occupy the roads of Lahore.

We, at BeEducated.pk, are hoping for fair and exciting matches in the tournament which are going to give us a winner by 25th March and are praying that the tournament will be finalized safely without any security issues this year.

Pakistan Super League 3 is what everyone’s talking about and we have delivered you with this news so you can stay on top of the new developments in PSL 3.