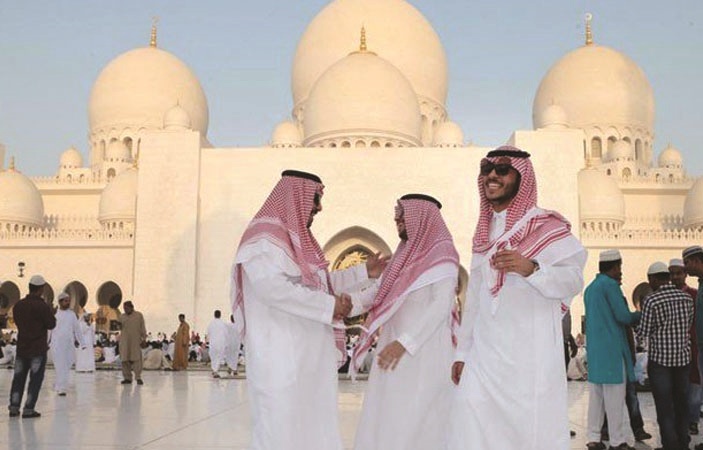 Holidays to Start from 17 August

BeEducated.pk wants you to know that Saudi Arabian Monetary Authority has confirmed the nine holidays for Eid-ul-Adha in their country. The Authority stated that Eid ul Adha holidays will start from 17 August (Friday) and come to an end on 26 (Sunday). Stock Exchange, Insurance Companies, Banks and other financial organizations will all remain closed on these days.
However, officials have said that all banks will keep operating in Mekkah, Madina and near all holy places that are visited during the Hajj season. So, the pilgrims will not face any difficulties while performing their religious duties. Other than this, all bank branches located at Airports, Border Crossings, and other public places will remain open during the Eid Holidays in Saudi Arabia.

This year, the month of Dhu al Hijaah (Zil-Hajj) started on 12 August in Saudi Arabia. Thus, Hajj will start from August 19 (the 8th Dhu al Hijjah) and it will continue until 24 August. On the tenth day Eid ul Adha will be celebrated and pilgrims will observe the festival.

On the 10th day, an animal will be slaughtered in the honour of Prophet Ibrahim, who obeyed order of Allah to sacrifice his own son (Hazrat Ismail). But before Prophet Ibrahim could go through with it, Allah provided a male goat to sacrifice in place of his son. Now, to keep commemorating that event Muslims offer an animal sacrifice to Allah (God).

The slaughtered animal is divided into three parts, one third is given to the needy and poor, another third is distributed among relatives and the remaining third part is kept by the family.  According to news reports, about two million Muslims travelled to Mecca (Mekkah) for Hajj last year, while this year five thousand more people were added in Hajj quota for Pakistani pilgrims. For more international news keep visiting our website regulalrly.