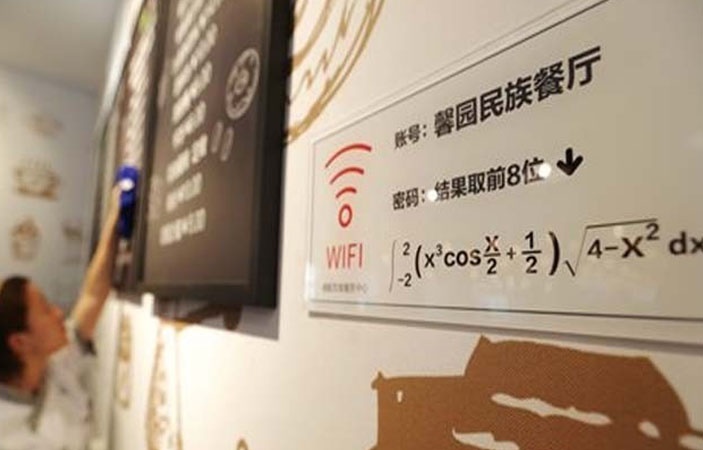 A Chinese University sets its university’s WiFi password as the solution of an algebraic equality. So, students wishing to get the WIFI passwords have to solve an algebraic question in one of the universities in China.

Mathematics is a difficult subject in which students are often left sweating while solving algebraic, geometric and arithmetic questions based on various mathematical formulas. At such times, teachers find it difficult to maintain students’ interest and consent in solving the complex equations of algebra.


On the other hand, teachers are extremely frustrated over the widespread interest of young students in the Internet and its excess use. So, to help out such helpless teachers a Chinese university has started using solutions of algebraic equations as the WiFi passwords on the campus network.

BeEducated.pk wants you to know that students have to solve a difficult algebraic equation to find the cafeteria’s WiFi password at the Nanjing University of Aeronautics and Astronautics, China. Now only those students get to know the password who can solve the given equation.

University’s administration says that setting the password this way has helped in two ways:

1.    Students are developing interest in learning mathematics.
2.    Other students who cannot solve the equation do not get to waste their time surfing the internet.

The interesting aspect of this news is that some students solved the equation and then posted the correct answer on social media websites, and this circle is continuing ever since. Which is why the university administration has to change 'passwords' every other day to stop students from getting the passwords without solving the algebraic equations.

This trend is very common in the western countries, where even the restaurants set their WiFi passwords on the basis of solving difficult questions of mathematics or even programming. One instance was found in a restaurant of San Antonio (Texas), where the establishment put the following sign for its customers to offer them free internet. 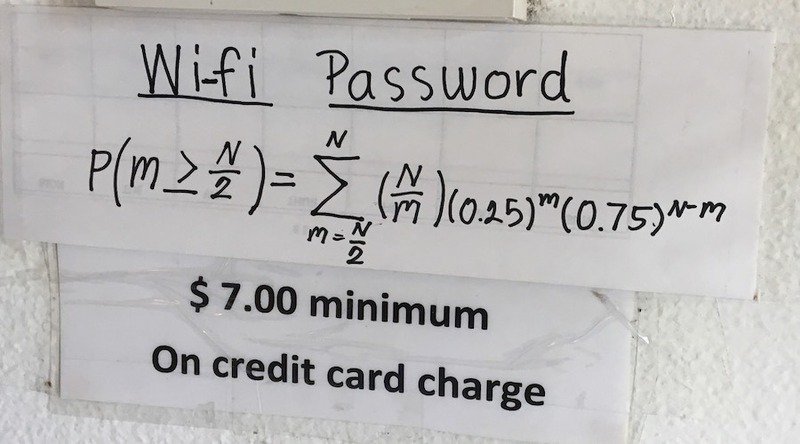 Now, all they had to do is solve the equation and use internet as much as they want through the restaurant’s WiFi. For more interesting news keep visiting our website on regular basis.