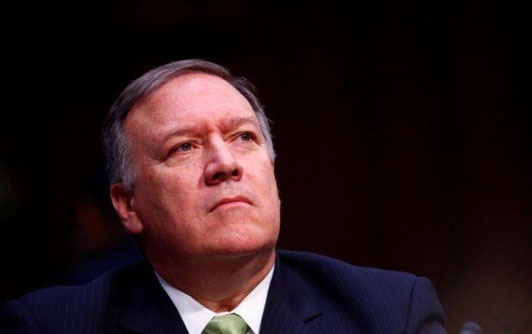 On Tuesday, United States has blacklisted Pakistan for committing religious freedom violations and has said that Pakistan is building up pressure on the minorities.

Mike Pompeo, US Secretary of State, has said that they have included Pakistan in the list of such countries that work only for their concerns. He further said that US will exert pressure on Pakistan to end violations related minorities in Pakistan.

Also read: Blasphemy is not a freedom of expression European court


A year ago, Pompeo had kept Pakistan in the list of countries that US pressurizes to impose their own policies without any concerns to the country itself.

Nikki Haley Says Pakistan Will Not Receive a Dollar in Aid

US has made it its agenda for criticizing Pakistan over Asia Bibi case.  Pakistan Government has arrested her in the case of blasphemy 8 years ago. Asia Bibi, however, has now been released after the Supreme Court dismissed her case. Even though Pakistan’s Government has charged Khadim Hussain Rizvi for his violent protests against Asia Bibi’s case that clearly proved that the country is not against or suppressing minorities.

The US Secretary of State said that there are many people in this world that were arrested and killed for only this reason as they were living simple life according to their beliefs. He further said that US will not support those countries that are supporting such acts of oppression like Pakistan.

US has made a list of countries that have been looking out only for their concerns and the list of their names include countries such as:

US has excluded Uzbekistan from the list but this country however it still remains in America’s watch list. Pompeo has also included Russia into their watch list, while the reason for tensions between Russia and US is that Russia has some concerns over the belief in US related Jehovah’s Witnesses, which is a group of heterodox Christians, working on proselytization (asking people to convert their faith).

Department of State Tweeted on the matter:

.@SecPompeo: Safeguarding #ReligiousFreedom is vital to ensuring peace, stability & prosperity. These designations are aimed at improving the lives of individuals and the broader success of their societies. Read @SecPompeo's Religious Freedom Designations. https://t.co/CZjTHrp4H2