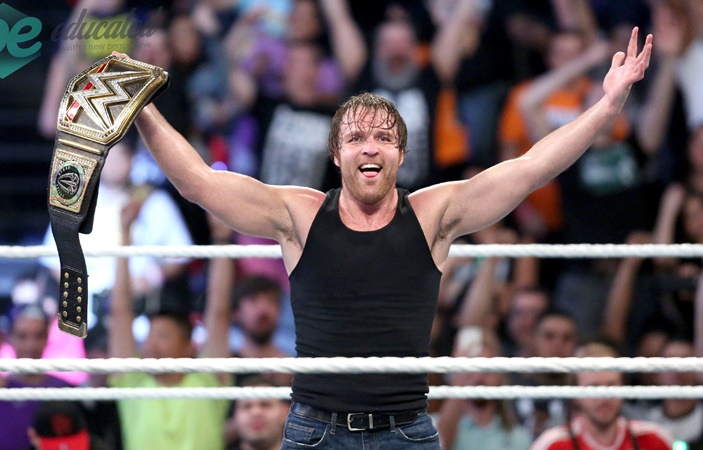 Wrestler Dean Ambrose said that he is leaving World Wrestling Entertainment (WWE). He further said that most of the wrestlers of WWE are more curious of earning money and not interested in wrestling.
Gorilla Position has tweeted on the leaving of Dean Ambrose recently up to April 2019

It’s official, #DeanAmbrose is officially leaving WWE in April. In a rare statement regarding a departing talent WWE have said “We are grateful & appreciative of all that Dean has given to WWE and our fans. We wish him well and hope that one day Dean will return to WWE.” AEW...? pic.twitter.com/V265umbq8R

Dean Ambrose born in 7 December 1985. He is professionally wrestler and he has fought many wrestlings in Ring name and raw brand. He is a good wrestler and his nick name has been as Jon Moxley in the ring between the eras from 2004 to 2011. He also won the match in 2016, named “Money in Bank Ladder Match” and afterwards he won the title of “Heavyweight championship” in 2017. Now according to news he is leaving WWE up to April 2019.

According to reports his contract with WWE is ending up to April and he is not doing a new deal with WWE. It has been said that Dean Ambrose was not happy with the conditions in which he was fighting wrestling therefore he is wanting to quit from WWE.
Cocofinn4 has tweeted on twitter a post related to leaving Dean Ambrose