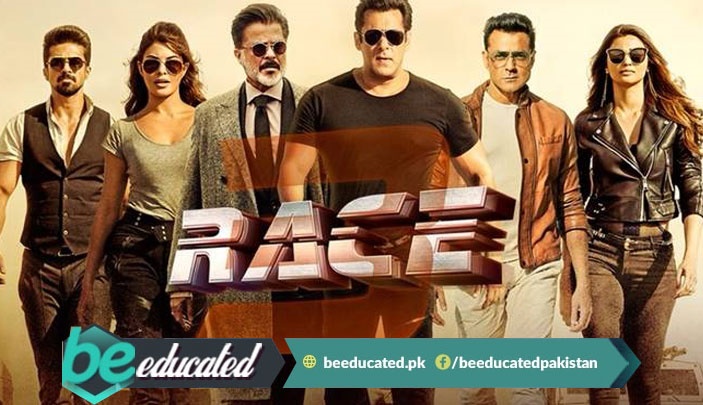 In India Salman Khan’s Film ‘Race 3’, which was released on the occasion of Eid ul Fitr, got leaked on Facebook and other social media websites.

According to Indian media, Bollywood’s Dabang Hero Salman Khan’s new film Race 3 has got all the attention of public due to its star cast. You can see the All-time Superstar Anil Kapoor, Action Star Bobby Deol, and Glamorous Heroine Jacqueline Fernandez acting in the movie that have successfully engaged the public's interest.

The film hit the cinemas on June 15 and earned 29.14 Crores on the first day of its release. The film has done business of Rs 181.32 Crores worldwide in few days and it's going to cross 200 Crores soon.

The Film that earned success on the first day got caught on Bootleg recording by the fans of Salman Khan. And Posted on Social Media and other accounts so the Fans can watch their Favorite Action Heroes. Although it is possible that this act was done to lower the business of the film. But Bootleg Recording is an illegal act and can lead to Jail.

Pakistani Cinemas Ban on Foreign Movies Will Be Lifted

BeEducated.pk wants you to know that Race 3 will be coming to Pakistani Cinemas on 22 June 2018. On the other hand, the film’s producer Ramesh Taurani, Director Remo Dsouza or Salman Khan did not give any comment about the film getting leaked on social media.

However, it seems that there is no difference in the business because the movie had made 67 million at the box office after two days. So that means its business was not affected after all. Race 3 is giving all sorts of reasons for its star cast to celebrate. Apart from that, the film has already entered the 100-Crore-Club in the domestic market.

Race 3, the third installment in the Race franchise, has become the fourth Salman Khan starrer to register such a huge box office hit within its opening weekend. His movies like Tiger Zinda Hai, Bajrangi Bhaijaan and Sultan also share the record of making Rs 100 crore at the box office within the first three days of their release.