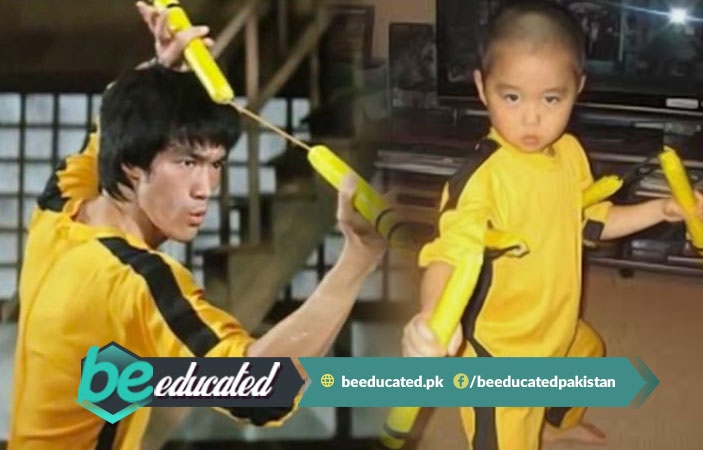 Everyone's heard of child prodigies in music, mathematics, and chess. But Ryusei 'Ryuji' Imai, an 8-year-old boy from Japan, is going viral for copying Bruce Lee’s exact moves from the iconic films “Way of the Dragon” and “Enter the Dragon.”

The little boy is known as 'Mini Bruce Lee' and lives up to his name in this video, filmed the day before his eighth birthday.

Ryusei has been watching Bruce Lee movies since he was one and he started training to become like him when he was four. The whole Imai family are huge fans of Bruce Lee.

BeEducated.pk is posting this news to let people know that determination is everything because Ryuji proved it wasn’t just a phase and stood by his goal. Beginning at 6 am he trains every morning for 90 minutes then continues again after coming home from school.

He also runs for nearly an hour as a cardio warm up before practicing his kicks and he does nunchuck training for an additional two hours with the guidance of his father. Given his age, we'll go ahead and guess that we need to start looking for Ryuji's first major martial arts action movie sometime around 2027— if not sooner.

Many young children are accomplishing great goals in life around the world. Pakistan also has some remarkable young students who have made accomplishments in various fields. Hopefully, our youth will keep on working hard for the development and progress of Pakistan.