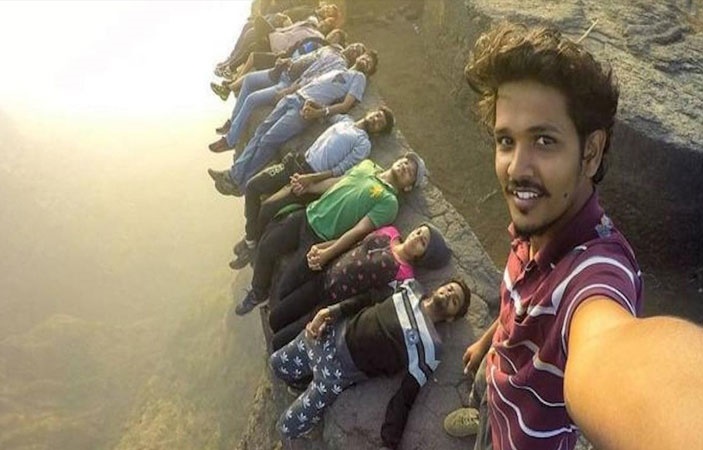 Selfie is the act of taking an image of yourself by yourself which has become very common in the world. People love to post their selfies on social media to get the best compliment.

To take selfies with different style some people have put their lives in danger too, even some have become a prey to death.

Despite the death and risk even injuries, the discussion on such incidents are never done before. Sometimes the craze of selfie become a bite of death which is undoubtedly an issue to discuss.

A Pakistani doctor in Ireland, Dr Mustafa Mehmood Ayubzai is the one who has collected the data about the injuries and death taking place of a selfie.

According to the study that is conducted by Indraprastha Institute of Information Technology and Carnegie Mellon University people around 127 are died in between the years 2014 to 2016 due to selfies.

The research paper of Pakistani Dr. Ayubzai was published in an American medical journal as “The Annals of Emergency Medicine” which is now also available online.

In his research it shows that about 75 died from 2014 to mid-2016 in 52 different attempts of taking selfies. In this deaths most of the victims are male around the age of 14-32 years.

Dr. Ayubzai says, The mechanisms of injury included falls from heights, drowning, falling off of or being hit by a train, gunshot, grenade, plane crash, car crash and animal attacks. It seemed that the medical fraternity did not recognize taking risky selfies as a potential health hazard.

He researched by an incident in which a 23 year old died as he fall off a cliff while taking a selfie.