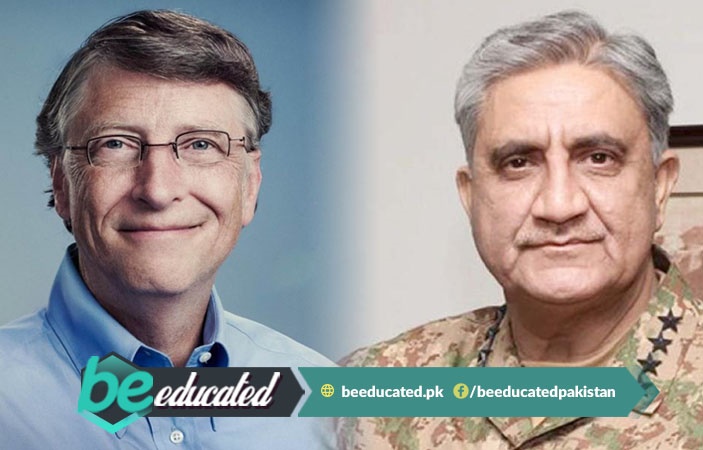 In reply General Bajwa, who was recently added to Forbes’ list of Most Powerful People 2018, appreciates the efforts towards this noble cause and assured him of continued full cooperation in the best interest of Pakistan.

The Army’s role to remove polio was not limited to Federally Administered Tribal Areas, as it was given the task to eliminate the disease from the entire country. Last month, Dr Umar Saif used innovative systems for immunization coverage, terming it an example for rest of the world.

Poliovirus is found only in Afghanistan, Pakistan and Nigeria. In 2016, there were very few cases that were reported globally. Bill and Melinda Gates Foundation works to improve the quality of anti-polio immunization campaigns in Nigeria, Afghanistan and Pakistan, and the countries with the threat of polio virus transportation.

Beeducted.pk wants you to know that Bill Gates has given the highest amount for charity ($35 billion) among the greatest philanthropists in the contemporary world.

Bill and Melinda Gates Foundation had announced to increase financial aid for Pakistan. Also, in a letter to the Minister for National Health Service Gates have praised the Government’s commitment to the elimination of polio. For more news and updates keep visiting this website frequently.