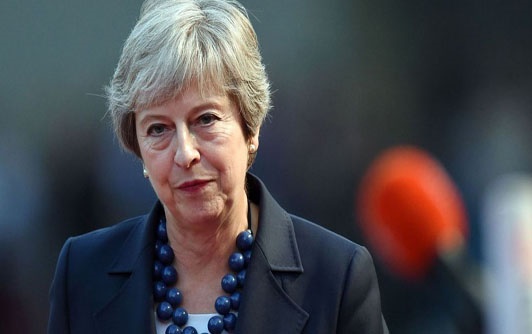 British Prime Minister (PM) Theresa has said that MPS should back her plan ‘Brexit deal’. She further said that we should solve our domestic problems which are related to skill shortage and housing in our country.
British Prime minister is nowadays struggling to take vote on her plan to exit Britain from European Union (EU). World’s fifth largest economy will determine whether it will follow plan or not.
Liberate The UK on twitter:

BREAKING: Tories reveal images of the new #Seaborne ferry fleet in the event of a No Deal’ #Brexit. pic.twitter.com/RPSVBYnPlk

In a Video message Prime Minister said that New Year 2019 is for us to look forward for the prosperity of our country. She further said that in the next few days members of parliament (MPs) will have to make an important decision related Brexit deal.  She stated that if parliament backs deal then Britain can turn a corner. She attempted to appeal to conservative party who had criticized Theresa leadership. She added that Brexit has blocked our domestic agenda. She desired to move beyond the debate of EU exit.

Theresa said that Brexit is not issue only on which we have to think. She highlighted the policies related lack of houses, strengthening economy and skills shortage. She further said that we should start discuss on new chapter with hope and optimism and voting on Brexit deal will be in the beginning of January 14.
If Brexit deal is not implemented then disruption in supplies of food, components and medicines can be.
UK Prime Minister on Twitter:

"New Year is a time to look ahead. 2019 can be the year we put our differences aside and move forward together." – PM @Theresa_May pic.twitter.com/qoSI8l4iZH