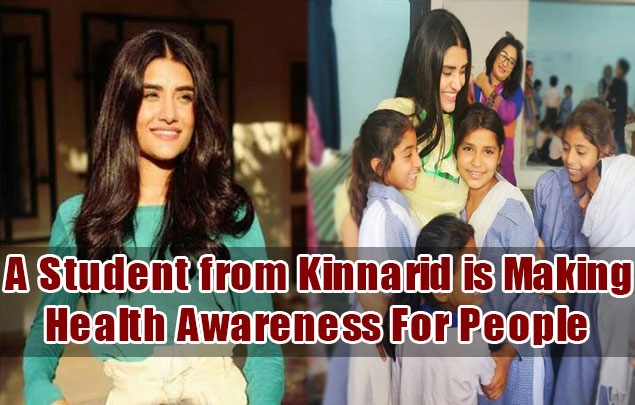 Maryam Malhi, a Kinnaird student, runs her initiative, Mental Education and Care Association (MECA) during which she conducts baithak sessions for people from underprivileged communities.
Studying psychology as her major, she realised the importance of mental health and the way everybody considers it as either a taboo or an “elitist” downside, neither of that is, or ought to be the case.

By the Grace of God, efforts of our fellow team members, supporters and sheer determination we have finally initiated the sequence of our much awaited child sexual abuse awareness workshops for the underprivileged community. Team MECA has finally taken an initiative to educate young children and their parents regarding child sexual abuse, starting with young girls. Alhamdullilah we were not only able to convey our message to them, but were also able to encourage them to share their stories with us. A special thanks to our esteemed guest, Ma'am Ayesha Suleman for her uplifting words and her precious time. This baithak wouldn't have been possible without you!! Kudos to all our team members for taking this much needed step. We will only grow stronger and firm, since its about time to speak up and more over “Listen” 🕊 #meca #speakup #baithak #stopchildabuse #mentalhealth #itstime #itstimetospeakup #nowornever #workshop #listen #listenforchange

The organization conducts baithak sessions at colleges, orphanages, and job centers. during this ‘sit-down and talk’ session, team MECA talks to the participants about social problems, as well as parenting, addiction, and abuse.

Allhamdulillah by the efforts of our fellow team members and supporters we have finally initiated another segment in sequence the much awaited “Baithak” session. Our first topic "Bachon Ki Muassar Tarbiyat Mein Wallidaain ka Kirdaar" was just the tip of the iceberg. This workshop wouldn't have been possible without our brilliant and hard working team !! The attendees seemed so happy and were very eager to attend our session ! They even discussed all the challenges they face in the brought up of their children and so our next baithak will be with their children ! Kudos to you all who have sent in such a positive feedback for our Baithak and made the session a resounding success, its you guys with whom this campaign of ours to curb the stigma around Mental illness will truly be a triumph. We will only grow stronger and firm 🕊 #meca #speakup #makethisyearcount #mentalhealth #itstime #itstimetospeakup #nowornever #baithak #listen #underserved #nowornever #listenforchange

In an exclusive interview with MangoBaaz, Maryam displayed regarding her work:
”MECA has been my dream for too long. Given the recent suicide rates in Pakistan, it wasn’t possible on behalf of me to [not act anymore]. With a bunch of fellow students and professional psychologists on board, MECA was established in 2018.”
Talking regarding the necessity to teach these communities, she stated:
”Many organizations are engaged on mental health awareness in Pakistan. however not several target the disadvantaged communities who don’t even notice what they are rummaging. later on, MECA took the initiative and visited totally different villages to educate people regarding mental health. On a lighter note, MECA conjointly conducts vanity activities in youngsters.”

in a session conducted on the subject of regulatory offence amongst youngsters, MECA was afraid to get that a walloping forty out of forty five ladies had suffered abuse at some purpose in their lives.
After the notice session, MECA inspired the women to talk up with the professional in person. the women – who were between the ages of eight and ten years – had some terribly disturbing experiences to share. So, MECA right away informed the college authorities and contacted their mothers. Such cases are then handled by psychologists furthermore. 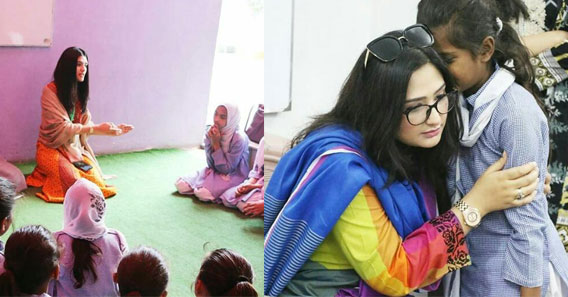 Speaking regarding the impact of the initiative on this community, Maryam expressed however MECA has achieved one thing large.
“They notice the importance of mental health and its consequences. Their conversations elicit a plain distinction. which is that the success of MECA.”
When we observe raising awareness around mental health for underclass communities, an argument that arises is that if they can’t afford 3 meals every day, what smart is it to show them regarding mental health? Is it very a priority?
”MECA for certain cannot eradicate financial condition or solve their money issues,” Maryam explains, “but what we will do is to assist them deal with the crisis. As they're a victim of variety of issues, their mental health is simply as vulnerable which is why we have a tendency to are there for them.”
In addition to baithaks, MECA conjointly conducts respiration lounges and provides freed from price facilitate to any person contacting them. you'll be able to contact MECA here.
Given however Pakistan treats mental health as a taboo topic, it is wonderful to envision people obtaining up and taking part in a positive role within the community. people like these mustn't solely be applauded however also supported in each manner.