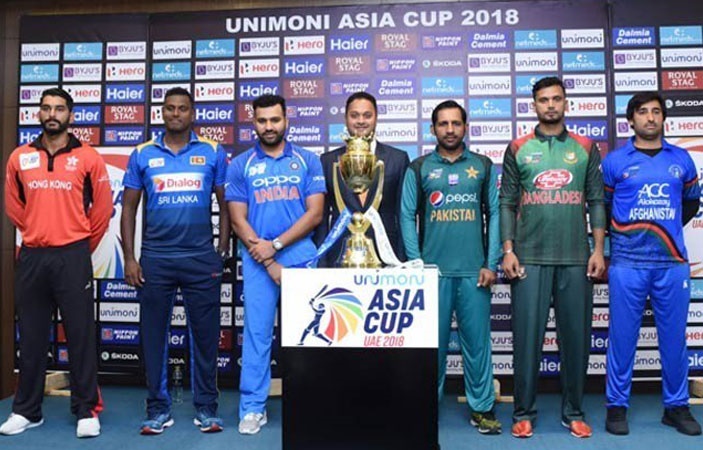 The Asia Cup 2018 starts in the United Arab Emirates today, for which the trophy has been displayed in Dubai.

Addressing the Asia Cup trophy ceremony, the national captain Sarfraz Ahmed said that our team has an outstanding combination and everyone's focused on winning the Asia Cup. We are hoping for some good matches in this tournament, which will prepare us for the World Cup as well.

BeEducated.pk wants you to know that the Captain told the media that our team was young at the time of Champions Trophy but now it has become experienced after passing through various trials. He added that the performances of Hassan Ali, Shadab Khan and Fakhar Zaman are improving day by day, so they will try their best to bring the cup home.

Indian captain Rohit Sharma said that the Asia Cup is a big event and we will try to perform well. He said that we are looking forward to the match against Pakistan. He further said we have come to win the title, so will give high importance to every match in the tournament.

Sri Lankan team captain Angelo Mathews said that we have forgotten about our past performance and now our sole focus is directed towards performing good in the event. He said that no team is lesser than the others, so we are expecting some competition in all matches.

Bangladeshi captain Mashrafe Mortaza said that there is still time left before the World Cup, so we are focusing all our energy towards giving a good performance in Asia Cup. Captains of Afghanistan and Hong Kong teams have also said that they will try to perform well in the event.

Two teams from each group will make their place in the Super Four. As for the opening match, Bangladesh and Sri Lankan teams will face each other today (15 September 2018) at 4:30 pm (PST). Pakistani team will play its first match of the tournament on Sunday (16 September) against Hong Kong. India vs Pakistan match is scheduled for September 19 and the final will be played on 28 September. For more news on Asia Cup 2018 and other sports events, keep visiting our website as much as possible. 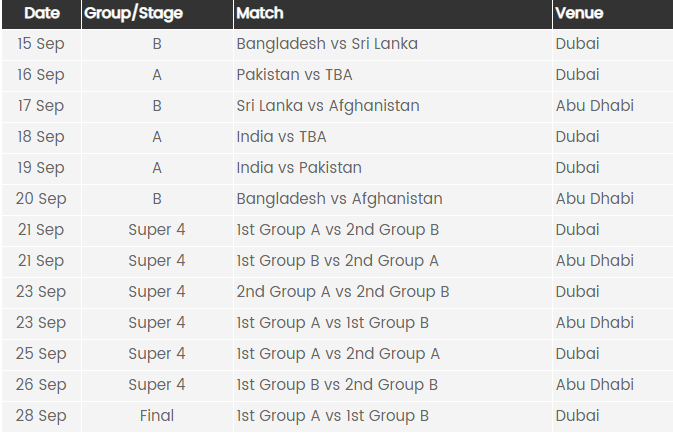