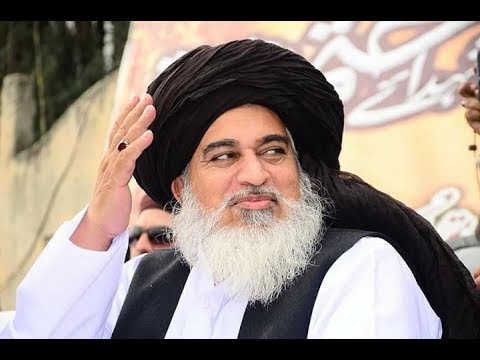 Punjab police had got information about a protest which tehrek-e-Labaik Pakistan was going to do in Islamabad. After getting this news Khadim Hussain Rizvi along with many activists were arrested. Firstly he were shifted in Nawan Kot police station and then sent to some undisclosed location. This was all done to restrict tehrek-e- Labaik Pakistan from blocking Islamabad on Sunday. Many activists manhandled police including SP Iqbal Town named Syed Ali. After which activists were also arrested. When Khadim Hussain Rizvi were arrested then many activists were gathered on Multan Road and protested there. Amjad Javeed Saleemi who is the inspector General of Punjab prepared the lists of activists who can create trouble and arrested them also to make an arrest of Khadim Hussain Rizvi.
Read More: Saudi Arabia Offers 6 Billion Dollars Package to Help Pakistan

Police also started crackdown against the activists and leader on Friday night and in Gujarat police also registered a case against leader of TLP Pir Muhammad Afzal Qadri because he was leveling serious charges against Govt institutions on the occasion of Eid Miladun Nabi. Police also arrested many leaders of TLP due to this case which was registered against Pir Muhammad Afzal Qadri. This crack down which was done against TLP activists began in many cities of Pakistan.
Read More: PM hopes for 1 lac jobs agreement with Qatar to get implemented soon

Rangers take control after the clashes between TLP activists and police. Rangers took control of Lahore and arrested the activists who blocked the roads after the unrest in Lahore. This unrest in Lahore began spread after the arrest of Khadim Hussain Rizvi. Khadim Hussain Rizvi’s son Saad said that many activists were arrested along with him. He was talking to news 7 and during interview he said this. Imran Khan Prime Minister Of Pakistan warned the agitators that they should not clash with state otherwise strict action will be taken against them. With reference to the statement given by the son of Khadim Hussain Rizvi’s son Punjab information minsters have refused about any action which Saad had said about.
All unrest which created in different cities was after the arrest of Khadim Hussain Rizvi which was done as he had ordered activists to gather in Faizabad and called a protest for people who were killed in November 2017 at the same venue when TLP had gathered and demanded the resignation of law minister Zahid Hamid at that time. At that time Govt was of PML(N) and then Govt started operation against protesters but operation was failed and Govt had to resign Zahid Hamid.