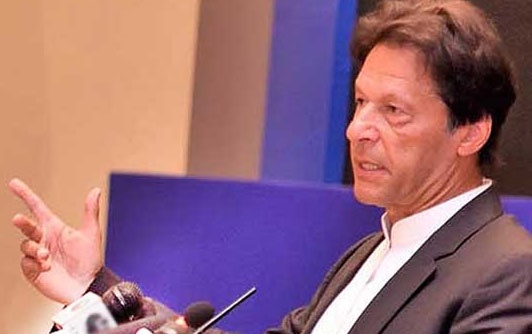 Prime minister said that historic prevention against money laundering will be in near future and Sindh Government has started shrieking out due to operation against laundering.

He told that although Pakistan is facing difficult situation and we are not afraid from International Monetary Fund (IMF) and Financial Action Task Force (FATF). He further said that we cannot come out from difficult conditions without large amounts of money. He stated that we are not in hurry to get packages from UAE, China and Saudi Arabia. He added that in starting months I was worried about how to run Government and economic problems were serious in start but now I am confident that everything is in the right position. PM said that now country will be stable economically in coming months

Imran further said that taking loan has become an addiction for our country and now our country is in such position now that our relations with other countries are dependent on either give us aid or not.

Neither scared nor will surrender: Zardari