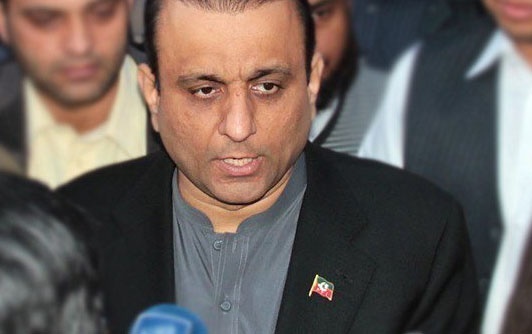 While addressing in meeting with MPA’s, senior minister Abdul Aleem Khan said that those who remained in Government more than once are trying to hide their corruption when they are asked about properties which they have abroad. A large number of workers were present there at Lahore cantonment. He further said that before saying anything about Government critics should look into their souls. He added that those who are rejected by people in general elections would not be entertained again.

Point of view of Imran Khan about PML-N

Abdul Aleem khan told that Imran khan has already said that Nawaz league has dual fasces of the same coin. He further said that people know about the similarities between Nawaz Sharif and Asif Ali Zardari and both will face cases in future about their corruption.
Also read: Pak-Patan land case

He added that as compared to previous Government, Pakistan Tehrrek-e-Insaf is struggling hard to overcome the problems of common man of Pakistan and local body system of Punjab will bring change and basic issues of people will be solved through this system.
Senior minister also said that new system will ensure proper cleanliness in city and we have given chance to companies to work properly in future.

Both Asif Ali Zardari and Nawaz Sharif are facing cases related corruption nowadays and Anti-corruption court has decided to deliver judgment of two cases against former Prime Minister Nawaz Sharif.
Information minister Fawad Chaudhary has told that our Government has planned to file a case against Asif Ali Zardari before Election commission of Pakistan so that it is possible to disqualify Zardari due to concealment of properties in US.
Also read: Nab summoned Asif Zardari and Balawal Bhutto on 13 december