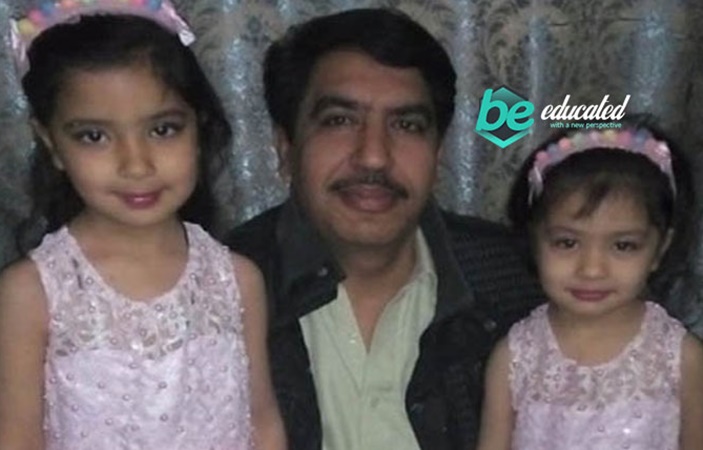 Case was registered against 16 men of Counter Terrorism Department (CTD) who have killed four persons a man with his wife, their daughter and driver. Muhammad Jalil registered case against CTD men. Jalil is the brother of Khalil who was killed by CTD men.

Still shocked at seeing the traumatized children who saw their parents shot before their eyes. Any parent would be shocked as they would think of their own children in such a traumatic situation. These children will now be fully looked after by the state as its responsibility.

Case 302 was Registered against CTD Men

Case was registered according to law of section 320 and Anti-terrorism act section 7 but no one is nominated in case as CTD has not provided the names of those officials who had taken part in operation.

Six CTD men were in plainclothes and ten men were in uniform. CTD men stopped the car and opened fire on persons sitting in car. Chief Minister of Punjab, Usman Buzdar has said that we shall take strict action against those persons involved in Sahiwal incident. After tragedy meeting was held by Chief Minister Punjab. Usman Buzdar said that we have formed a joint investigation team (JIT) for inquiry about this sad incident. He further said that JIT is investigating the incident from all aspects and we shall provide justice to the family of the killed persons. Raja Basharat gave Rs.2 million to the family of deceased persons. Chief Secretary, Inspector General Police and many others joined the meeting.
Hamid Mir on twitter​

If CTD has done a great job against terrorism then you must appreciate “sab sey bara dakoo” Shehbaz Sharif who established this CTD sorry to say killing innocents and making lies is not the job of CTD https://t.co/6wS7QZalQV