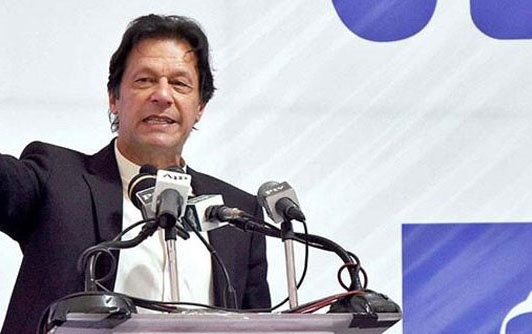 Prime Minister Imran Khan has said the causes of failure of state. He stated that Panama, fake accounts are the factors of failure. In a tweet Imran Khan said this after court convicted Nawaz Sharif in cases of Al-Azizia reference and Supreme Court reported findings in JIT reports related money laundering of former president Asif Ali Zardari. He further said that the reason of getting impoverished are fake accounts and Panama issues and we drowned in debts. PM said that Sharif family adopted many incredulous methods to siphoning off money.
Also read: Nawaz Sharif will hear the judgement in the courtroom today

#NawazSharif sentenced to jail for 7 years as per #AlAziziaVerdict by #AccountabilityCourt and his both sons have been declared absconders. Pakistan has successfully defeated terrorism, now it's fighting against corruption and economic terrorists will meet its logical conclusion.

Court has banned transfer and purchase of properties which are owned by three business groups and it has been decided after viewing JIT reports. According to reports laundering of Rs42 billion was done through fake accounts and this money was paid for expenses of Asif Zardari’s home. JIT reports shows misdeclaration of properties by Asif Zardari in 2018 general elections. Legal experts has said that if JIT reports prove, Zardari can be disqualified for lifetime.
Maryam Nawaz on Twitter:

National Accountability Court (NAB) has convicted Nawaz Sharif in Al-Azizia reference recently in the light of Panama verdict. Court has fined of Rs.1.5 billion along with imprisonment of 7 years to Nawaz Sharif. PPP and PML-N both have rejected the reports saying that these are fake.
During addressing to news conference, Information Minister Fawad Chaudhary has said our Government has arrested plunderers. He was saying this in reaction of PML-N leaders’ aggression after imprisonment of Nawaz Sharif. He further said that both Asif Ali Zardari and Nawaz Sharif are “Thugs of Pakistan” and they have looted public money. Information minister said that our Government will initiate actions for confiscation of Sharif family assets in Saudi Arabia from Wednesday (today).
Also read: Nawaz Zardari are trying to hide their corruption: Aleem Khan