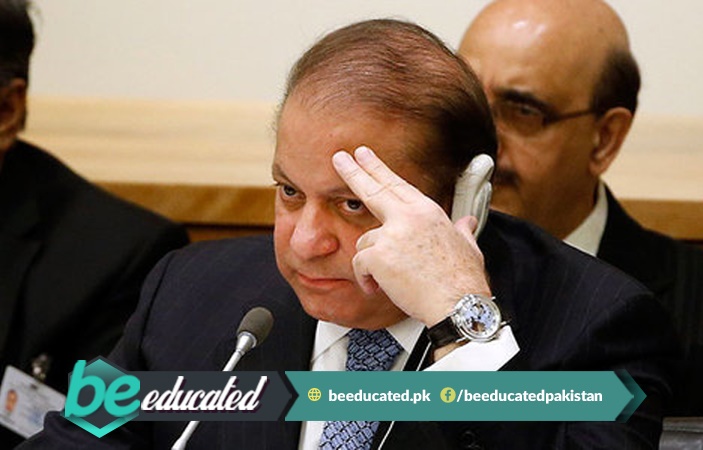 Final decision in the Avenfield case is out, where the Court finds the Sharif family guilty. According to news reports, Nawaz Sharif has been sentenced for 10 years. While Mariam Nawaz has been sentenced to 7 years in jail. Also, Retired Captain Safdar (husband of Mariam Nawaz) will remain in jail for 1 year.

Mariam Nawaz Out of Election Race

BeEducated.pk wants you to know that in the Avenfield Reference case, Nawaz Sharif was sentenced to ten years of jail. While he has to pay a fine of 8 million pounds, which 1 Arab and 29 Crore rupees. On the other hand, Mariam Nawaz will not be able to participate in the upcoming elections because she has to go to jail for seven years.

(Rtd) Captain Safdar might still be able to remain a candidate for General Elections 2018, as he was sentenced less than two years of jail time.

The final verdict was delayed five times before finally being made public. According to news reports, the judgment passed for the Sharif family is harsher than anyone could imagine. At one point, a news program mentioned, “Even if Imran Khan himself gave the judgment for this case still it would not be so strict.”

Many people must know that it a big deal when an ex-prime minister is ordered to serve 10 years in jail. Presidenr Dunya News Kamran Khan said that this decision will definitely affect the general elections and he also referred to the previously mentioned quote saying even Imran Khan cannot think of passing such a strict punishment for the corruption case.

In his press conference, President PML-N Shahbaz Sharif said, “There is no mention of Nawaz Sharif in Panama leaks.” He added, “We do not accept the final verdict.” He explained that there was no written evidence against Nawaz Sharif.

Shahbaz Sharif claims that NAB court has done injustice with Nawaz Sharif, as they never questioned all other corrupt people like Babar Awan. However, Shahbaz Sharif is of the opinion that the actual decision will come out on July 25, when people will re-elect PML-N to lead the country once again. For more news and updates keep visiting our platform frequently.