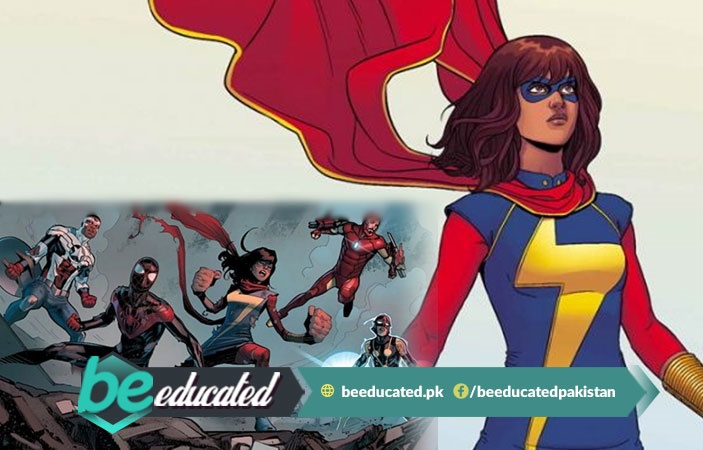 Marvel is working on making a new movie, which shows a Muslim Pakistani girl Kamala Khan as a superhero for the first time that has been named 'Miss Marvel' in the Comic Books.

Kevin Feige, producer of Avengers Infinity War, told BBC that Miss Marvel is definitely a different figure and another character in their comic books. Also this character is a Muslim girl who is influenced by Captain Marvel.

WHO WILL BE PLAYING KAMALA KHAN IN THE MOVIE?

This female character in the comic book belongs to a Pakistani-American family living in New Jersey. It is not yet finalized that who will play this role or who will lend her voice to it?

However for the voice of this role, Indian actor Priyanka Chopra can be casted because the magic of her voice has already been delivered through many mobile games of Marvel.

Priyanka fans are supporting to cast her in this role, but many voices have also been raised that Priyanka is an Indian while this is a role of a Pakistani girl. Also, Priyanka's age is of concern because it is a young girl’s story.

Hopefully, Marvel wil let a Pakistani actress play the role of Miss Marvel because that will be best to represent a Pakistani comic character. It should be someone elegant like Mahira Khan, who charmed everyone on Cannes Film Festival, or someone young and talented as Hania Aamir. For latest news keep on visiting our platform regularly.