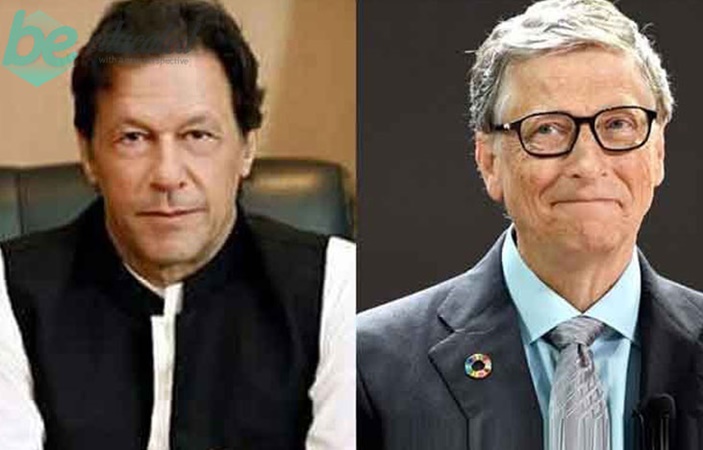 Adhanom Ghebreyesus, General Director World Health Organization (WHO) was also along with president Bill Gates Foundation. Both personalities admired Government of Pakistan for efforts to eliminate polio from country. They further said that they wanted to see Pakistan where there was no patient of polio.
PTI official on twitter:

- @BillGates writes to @ImranKhanPTI about interest in IT investment. The letter also stated that Bill and Melinda Gates Foundation is interested in investing in the health sector of Pakistan.

Prime Minister Imran Khan had met Bill Gates last year in December on telephone. Bill Gates has admired Government’s efforts to eliminate polio from Pakistan. According to private channel report this call continued up to 30 minutes. As Bill Gates is already famous for his humanitarian help passions. He is also interested to help Pakistan in Information Technology (IT).
Prime Minister Imran Khan expressed gratitude Bill Gates for his assistance in social sector in Pakistan.
Before PTI Government, foreign countries were not interested for investment in Pakistan due to the instability of previous Governments. Now Government has taken steps to eradicate corruption and money laundering from Pakistan. Due to proper functioning of our Government, other countries investors have taken interest in Pakistan.
The News on twitter: