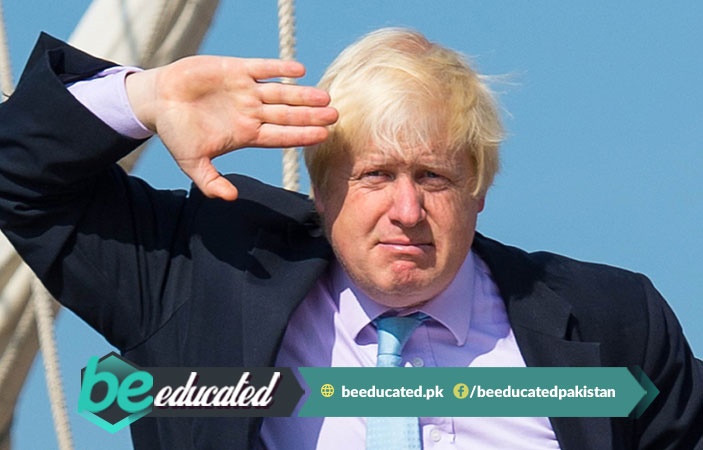 Two Russian pranksters made a prank call to Boris Johnson, the British Foreign Secretary, and had an 18 minutes long conversation.

BeEducated.pk found out that the two pranksters disguised their voices and fooled the British Foreign Secretary Boris Johnson. They pretended to be Armenia’s Prime minister and talked for 18 minutes with the Foreign Minister on country and foreign issues. Pranksters recorded this conversation and uploaded it on social media websites.

After the audio went viral on social media the foreign minister got serious and started an investigation. The main Ministers have avoided any kind of statement in this regard. The motive behind this call is still unclear.

These pranksters, Vladimir Krasnov and Alexi Stolyarov, have mimicked many popular personalities of the world to prank other famous celebrities and officials.

Earlier, one of them even pretended to be Russia’s President Putin to play a joke on famous singer Elton John. In the same way, they have talked with Ukranian President pretending to be the Turkish President Erdoğan.

Conversation During the Prank Call

The call covered relations with Russia, the poisoning of former Russian spy Sergei Skripal, the current Syrian situation, the United States pulling out of the Iran nuclear deal and advice on how to deal with Russian President Vladimir Putin.

At the start of the call the foreign secretary was heard congratulating the supposed Armenian PM on his success with Russia supporting UK and saying he admired ‘his decision’.

Throughout the call, the foreign secretary condemned Russia, speaking briefly about the poisoning of Sergei and Yulia Skripal and vowing to crackdown on UK-based oligarchs (nobles). “We will continue to tighten the squeeze on some of the oligarchs who surround Putin,” then adding “you throw a stone in Kensington and you’ll get an oligarch”.

Alexei Stolyarov and Vladimir Kuznetsov, the pranksters behind the call, told Mr Johnson he was about to meet Vladimir Putin in Sochi joking he hoped the Russian Prime Minister wouldn’t ‘poison’ him with Novichok.

A spokesperson from the British Foreign Office claimed, when the foreign secretary realized it was a hoax he ended the call. ”We checked it out and knew immediately it was a prank call”. Finally, if you want more interesting news then keep on visiting our website regularly.