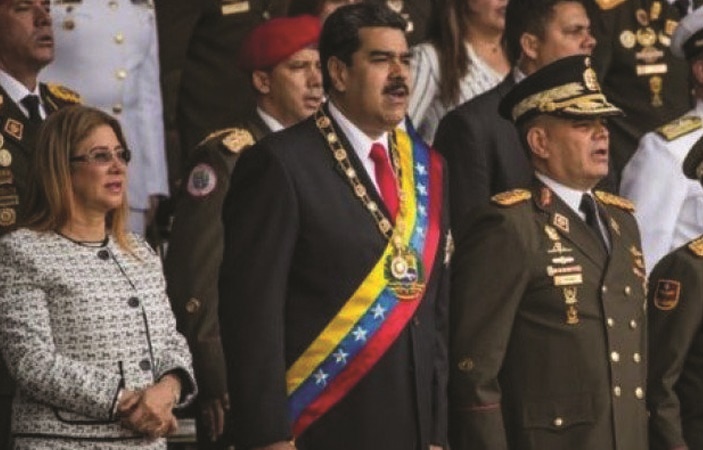 In Caracas, Venezuela's President Nicolas Maduro was attacked by a drone on the National Guard ceremony, the attempt got failed.

According to the foreign news agency, President Nicolas Maduro attended the National Guard event in Caracas, Venezuela's capital. During the ceremony, he was attacked with ammoniated drone. The President himself was saved while 7 national guards were injured. Then, the crowd disperses and people flee.

Also Review: Iran will not Negotiate with United States

BeEducated.pk wants you to know that Information Minister of Venezuela said, the explosion has been done by drone, When President Maduro was addressing the 81st anniversary of the national army ceremony. During the ceremony, two drones loaded with explosives went off near the president's stand. Guards protected Mr. Maduro with bulletproof shields after alleged attack.

President Nicolas Maduro later said to the nation that God, People and soldiers of Venezuela should protect me, Strong attack on me is the conspiracy, and he said that initial investigation, the conspiracy has been done by Columbian President. However, some people involved in the plot of attack have also been caught.

President Maduro said that violent actions against the government would continue to fail.
National Security Adviser John Bolton said “If the government of Venezuela has hard information that they want to present to us that would show a potential violation of US criminal law, we’ll take a serious look at it, but in the meantime I think what we really should focus on is the corruption and oppression in the Maduro regime in Venezuela,”

Other countries expressed support for Maduro after the attack, including Turkey, Syria, Nicaragua, and Russia. For More Updates keep Visiting our Platform.