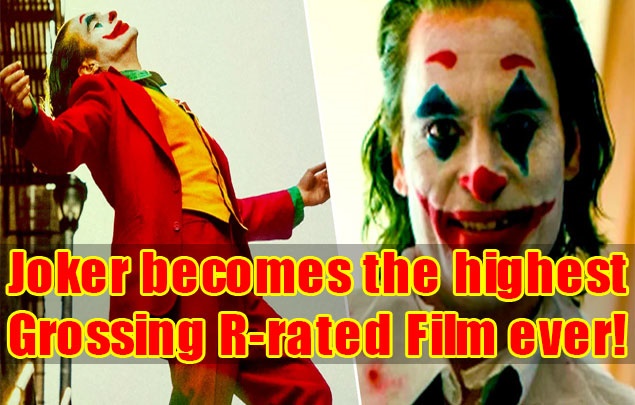 In the era of internet, the digital world is aware of the phrase “put on a happy face”. The world’s most known villain of all times ‘Joker’, has once again taken over the cinema halls around the world and of course the box office as well. As per reports, this year’s Hollywood feature film ‘Joker’ has recently, bagged the highest-grossing (R) rated movie of all the time.

Since the creation of the Joker as a villain, several Hollywood actors have played the ‘Joker’ role in different aspects. The Oscar Winning Heath Ledger’s portrayal as the villain took his life but gave the world all-time best performance the world will remember. Apparently, this year’s released ‘Joker’ was played by the talented Joaquin Phoenix and has now become one of the highest-grossing (R) rated movie till date. 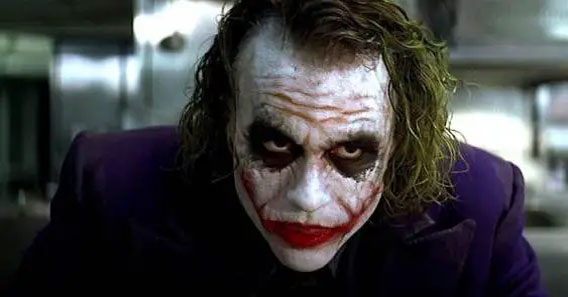 The Film was released in the comic series by Warner Bros’, the characters gradually came to life. Apparently, some were really appreciated while other failed to capture the eye of audiences. But ‘Joker’ has always captured the viewer’s complete attention and sheer applauds. Media reports say that Joaquin Phoenix’s ‘Joker’ has surpassed Ryan Reynolds’ ‘Deadpool’ on the (R) rated category of the box office.

As Film lovers are aware of their favorite celebrity Ryan Reynolds on-point humor and funny nature. After ‘Joker’ surpassed ‘Deadpool’ at the box office in the (R) rated genre, Ryan Reynolds made a hilarious congratulatory tweet for Joker. However, this is not the first time the audience has seen the Hollywood personality being all witty.

Editing the movie name to “You Mother F*cker”, Ryan Reynolds wrote, “R-Rated box office congratulatory posts aren’t like the ones you’re used to…”

R-Rated box office congratulatory posts aren’t like the ones you’re used to... pic.twitter.com/OTy2BqIP4f

Particularly, the perfect direction of Todd Phillipps and Joaquin Phoenix’s top-notch performance has made the film audience favorite since day one. Well, as everyone has their own way of observing things, ‘Joker’ also got some negative critic regarding the character depiction. While the majority can’t stop lauding the masterpiece, few disapproved of the violence shown on screen.
However, to categorize a movie in (R) rating is restricted for the children of 17 to watch requires adult supervision. Well, before the movie’s official release, it bagged the Golden Lion award at the Venice Film Festival. Now, the audience is expecting ‘Joker’ to win the Oscar of 2019.