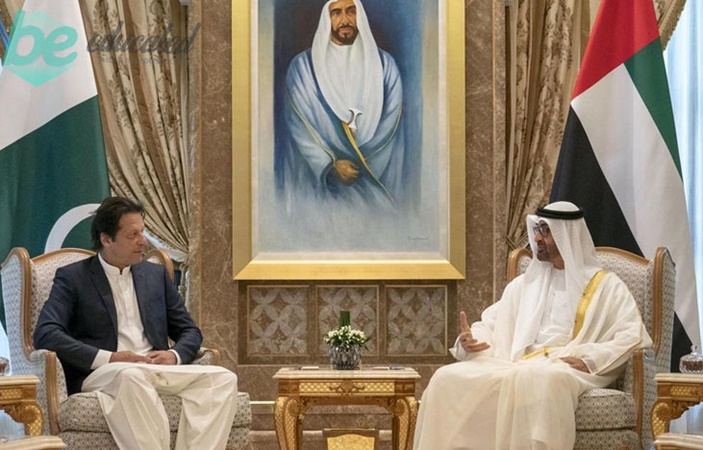 Abu Dhabi prince, Sheikh Muhammad bin Zayed Al Nahyan will come Pakistan on January 6. He will reach Islamabad on Sunday. He has welcomed the invitation from our Prime Minister Imran Khan to come Pakistan. Imran Khan had invited him on telephone to visit Pakistan last year.

United Arab Emirates (UAE) has said that it will help Pakistan by depositing $3 billion in Pakistan’s foreign currency account so that Pakistan can avoid from international payment crisis. A delegation will also come along crown prince. Delegation coming will draw a roadmap to increase investment in Pakistan and will discuss the issues to support different sectors in Pakistan like energy, agriculture and infrastructure in Pakistan.

On twitter UAE Prime Minister had said that we welcome Pakistan as our relations with Pakistan are based on brotherhood and trade.

UAE had scheduled that its delegation will visit Pakistan in October 2018 expectedly but then this schedule was cancelled because Prime Minister meeting with UAE crown prince was scheduled afterwards.