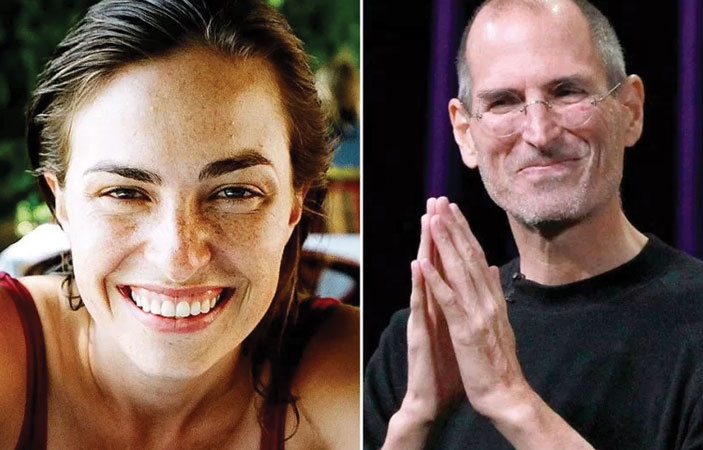 Steve Jobs's daughter Lisa is the best writer of America. Recently she published a book, in her book "Small Fry" in which she has revealed many important things about his father. Lisa wrote in the book that my father did not accept me at my birth. And still after 2 years of my birth, he didn’t accept me. It was hard start of my life.

Lisa Brennan allegations on her Father Written in Book

According to a quote from Lisa's book, after his birth, his mother Chrissan worked in homes and hotels to upraise her daughter, but his father did not help them. After some time, Steve Jobs later started giving money for the expenses but he did not show mercy.

Lisa said "My dad refused to accept me. He said that I am someone else's daughter, but after the DNA test, the report results match 94.4 percent, after which it became clear that Steve Jobs is my father. "
After the results of reports, Steve Jobs was obliged to pay $ 385 for me every month. Later this amount increased to 500 dollars and they were bound to give me this money until I am 18 years old.
Lisa describes says about her sad story, saying that when she was seven years old, she and her mother had changed 13 houses for rent. "My dad used to come to meet us for a month. Once he came to visit us, I asked him that can i take your car, on which he reacted 'not at all' after which I felt that I have made a mistake. Then i realized that I am not getting anything from him. Lisa wrote more, "Even today my relationship with my father's second family is tense."

BeEducated.pk wants you to know that Steve Jobs was a co-founder of the "Apple Corporation" which now is known by iPhone, there is a worldwide reputation for iPad and other similar technology products. Steve Jobs's personal assets worth $ 10.2 billion in 2011. Today, Apple Corp.'s assets have reached $ 10 billion.