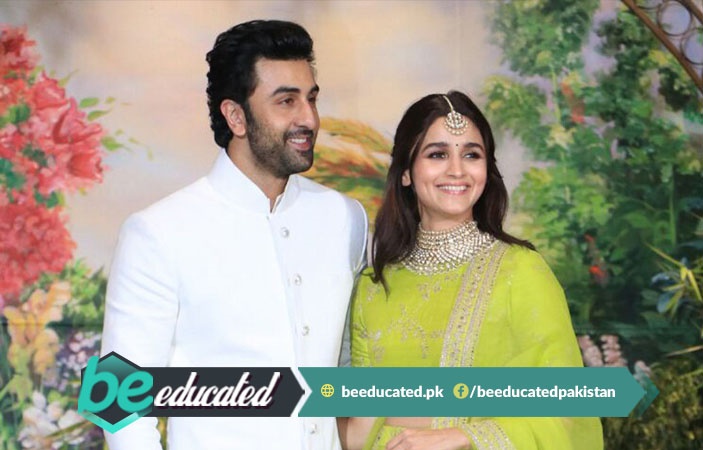 In Mumbai Bollywood’s Chocolatey Hero Ranbir Kapoor was asked when he Plans to get married. Ranbir Kapoor said, “Soon hopefully! :)”

We listen the Rumors about marriages of Bollywood Stars on daily basis. Marriage of famous actors like Anushka Sharma and Sonam Kapoor was remained in the news for several months. Now a days in Bollywood Industry they are talking about the chemistry between Ranbir Kapoor and Alia Bhatt. Alia Bhatt is living with Ranbir and his family and it is not hidden from anyone and both have reacted positively when they were asked about their marriage.

BeEducated.pk wants you to know that, Ranbir Kapoor is shooting for the film "Brahmastra" with Alia Bhatt these days & recently Ranbir Kapoor film 'Sanju' will hit The Cinemas on 29th July.

According to Indian media reports Bollywood actor Ranbir Kapoor Expressed his feeling about Marriage and having a family. He said “When I was younger, I used to believe that I’ll get married at the age of 27. I’ll have kids by the time I am 29-30.

But life doesn’t go how you plan it. It’s how you and your partner decide to take it to the next level. And it happens very naturally and organically.” He had also further added saying, “I believe in the institution of marriage. I want my own children, my wife. I want to have my own family. I hope that I’ll have that privilege soon.”