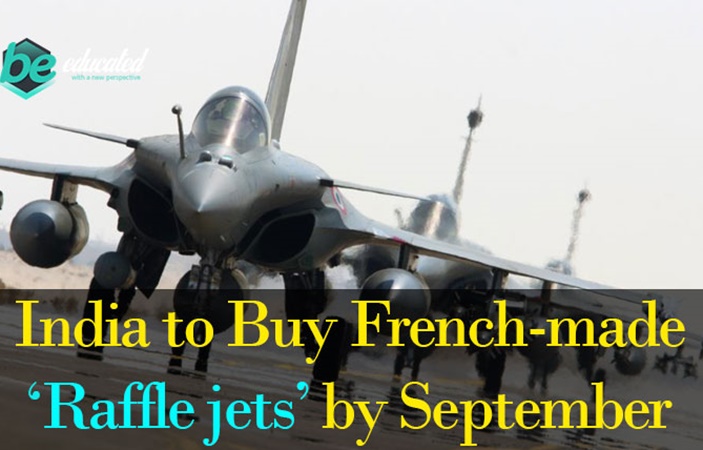 In New Delhi, According to Indian Chief of Indian Air force that India will induct French-made Rafael combat jet in September. India has placed an ordered of 36 planes for a modernization plan program of the air force.
Few days back, Narendra Modi Indian Prime Minister said that we have been won  by Pakistan we would have achieved much more if we have possession to more Fighter jets.

“The country has felt the shortage of Rafale. Today, India is speaking in one voice and saying what all could have happened if we had Rafale. Ego politics over the Rafale deal has harmed the nation,”

the Indian prime minister boasted while addressing the India Today Conclave 2019 in the national capital.
He said this day after Pakistani Air Force shot down two of the Indian jets. And took one of the Indian pilots into the custody, And was released on Friday as a peace gesture on the orders of Pakistani Prime Minister Imran Khan.

Indian Public has accused PM Modi for consuming multi-billion dollar signed between India and France for the manufacturing Dassualt for Rafael aircraft. In 2015, while on a visit to France signed the deal and ordered 36 jets for almost $9.4 billion.

Have you no shame at all?

YOU are solely responsible for the delay in the arrival of the RAFALE jets.

YOU are WHY brave IAF pilots like Wing Cdr. Abhinandan, are risking their lives flying outdated jets. https://t.co/BrzAuFTlFu

Read More: Israel behind the Pakistan and India quarrel​
The Deal became a big political issue with the leader of the opposition party, Rahul Gandhi; Narendra Modi was also accused for buying the aircraft nearly three times more. The government refuted the claim; it doesn’t even informed Parliament about the cost of the 36 planes. Indian Government has false any wrong doing. Dassault Aviation said that it “has freely chosen to make a partnership with India’s Reliance Group.” The French company said that it had committed to side deals  within worth 50 %value of jet prices. To Deliver such side deals, it had decided to make a joint venture with Reliance.

Post IAF Strikes: Results may have been different if India had Rafale, says PM..
Modi is in Power from almost 5 Years
Did NEHRU stop him from Buying #Rafale ?? https://t.co/6lnX2AHF0x