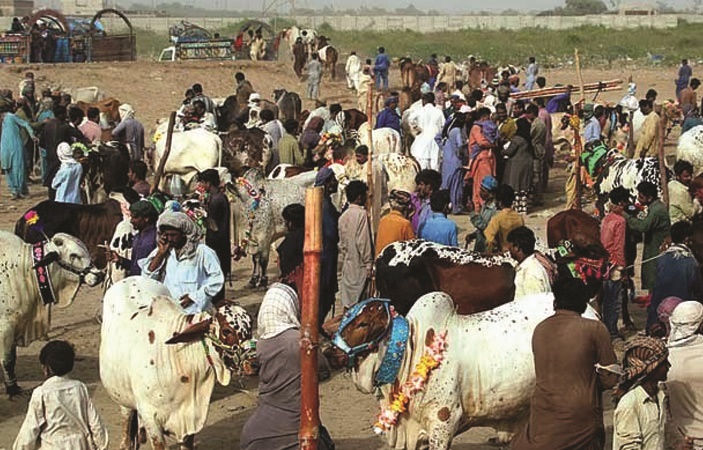 Everybody was extremely happy about the 4 holidays on Eid ul Adha. When the government officially announced that media has wrongly informed everyone about the Eid holidays, which will only last for three days.

BeEducated.pk wants you to know that Caretaker Federal Government has announced three holidays for Eid-ul-Azha. According to news reports, Interior Ministry issued a notification stating that Eid Holidays will start from Tuesday (August 21) and last till Thursday (August 23).

As per the Interior Ministry's notification, Eid holidays will begin from Tuesday, August 21 to Thursday, August 23#CapitalTV pic.twitter.com/yErEIbaDOH

This means that all government and private employees will have to go to work on Monday and Friday (24 August). Lots of people choose or have already chosen to sacrifice their animal(s) (do Qurbani) on the 3rd day of eid in their home towns. But now they will have to complete their religious duties within the first two days and get back to cities on Eid’s third day. For this reason, people are already asking the government to revise the notification for Eid holidays. So they can have time to spend with their friends and families on the occasion.

Pakistanis are Stumped over Announcement of 3 Holidays

People just cannot understand the surprising announcement of three holidays, leaving Friday to be a working day. Numerous people are talking about their disappointment on Twitter and other social media websites.

Someone, who was angry at everyone else enjoying long Eid Holidays, was happy about the decision and shared his thoughts on Twitter as well.

Extremely good decision! People like me go to work on third day of Eid as well as Saturday! Finally, government doing the right thing!

When all is said and done, people does not want to return to work on Friday before the weekend starts. So, they have taken over social media websites and asking the government to take back their decision of three holidays on Eid ul Adha. For latest news and updates keep visiting our website on daily basis. 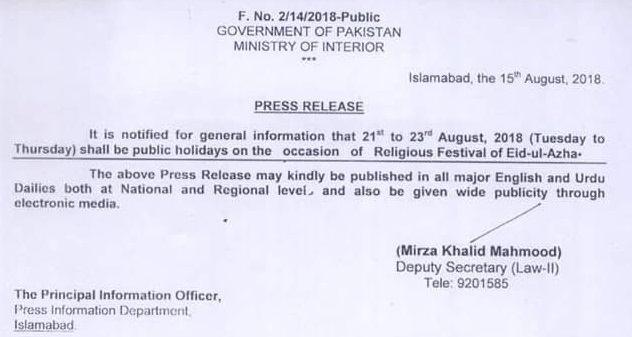