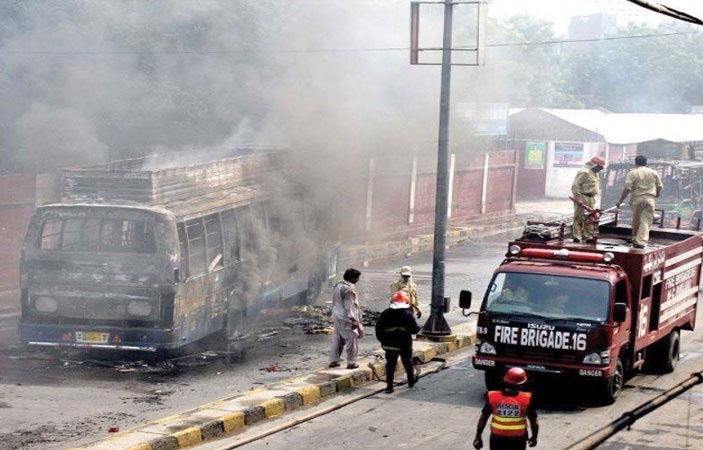 FAISALABAD: On Friday, a student was killed by rashly driven bus near Jamia Chistia Chowk in Faisalabad, in response to it his fellow students of Government Islamia College got infuriated on the incident and set on fire six passenger buses.

SP Haider Ali of Lyallpur Town Ahmed Mohyuddin said, a resident of Haiderababd Locality, was crossing the road as Sargodha Road near jamia Chistia Chowk  when a roughly and speedy bus hit him on which he got killed on the spot as a result.

Later, on the site SP Madina Town Malik Jamil Zafar and SP Lyallpur Town Ahmed Mohyuddin reached the spot with heavy contingent of police and negotiated the protester while assuring them that a case would be registered against the accused bus driver on which the protestors peacefully
dispersed.