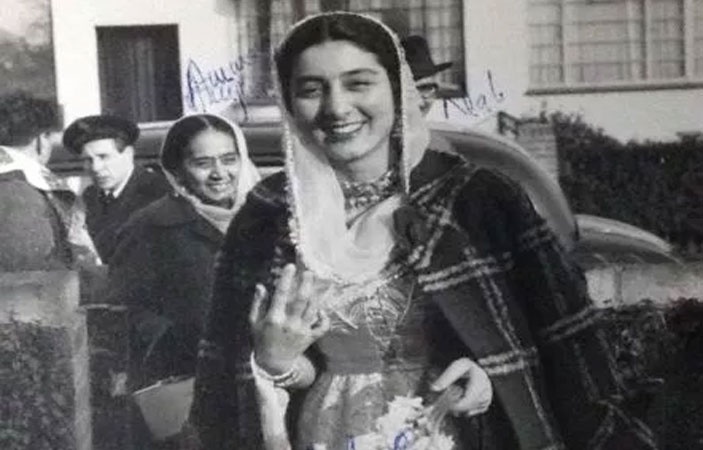 It is really sad to come to know when the most enthusiastic patriot of a country dies, especially soldier as jihadi, but when it comes to activist, specially women at the time of independence who were can be said, were very zealous and avid for freedom from British rulers, while fiercely facing them. At that time, there was a young rebellion, named Fatimah Sughra, aged 14, pulled down the Union Jack from Civil Secretariat Lahore while replacing it with Muslim League flag.

She was the only one who inferior the guts to make world’s greatest imperialist demoralized to earth over his blind arrogance.

The Pakistan movement was on its final stage when Muslim League announced to protest in front of civil secretariat, where Commissioner Luis made his statement in Pharaoh’s style while stating, that he won’t let Muslim League to start procession in front of secretariat road, until Union Jack waving on secretariat.

In such procession of Muslim League young Fatima was also present and had also heard the barbaric statement made by Commissioner Luis. For freedom movement of Pakistan the people of Muslim League were substituted to break Section 144 but here the rebellion Fatima had some more to break and that was countless pride of British Ruler Luis.

She lynch her courage and jumped over 10 inch high barrier while pouring her fingers in eyes of British guard. Even no one was aware of her remarkable action before her revolutionary act made to ponder either she was not trained for it.

The soldier was not yet maintained from stumbling where on other blink the girl just climb up the pipe towards the roof of building made her walk towards flag position and waved Green flag on Union Jack position.

It was the cherished moment for Muslim League and the people present in the procession. All were voicing catchy phrases in the right of Pakistan outside the gate.

This is how the imperialist Union Jack abandoned in footwear of 14-year-old Fatima in term of smashing pride of Commissioner Luis. On the spot she got arrested but later after the independence of Pakistan she enthusiastically got freedom.

Later was awarded with gold medal and Life Achievement Award by the government of Pakistan.

Undoubtedly, now she is no more between us as she has died at the age of 86 because of protracted illness on September 24th, 2017.

So, this was Fatima Sughra who will be remembered forever as a golden chapter in the history of Pakistan’s Movement.