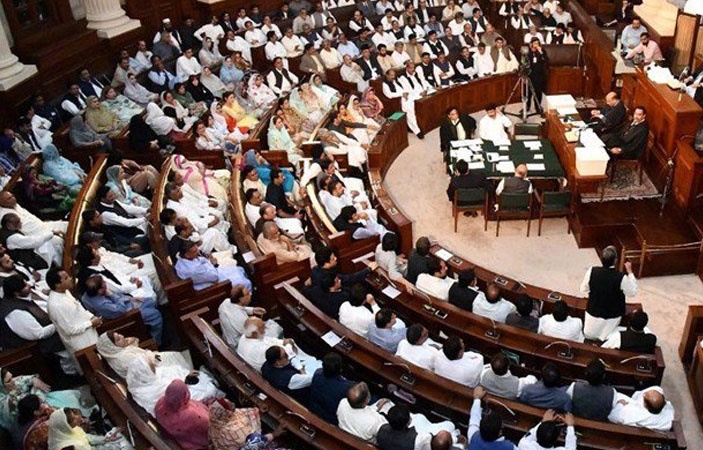 Pakistan Tehreek-e-Insaf (PTI) has revealed the departments and names of 23-member Punjab Cabinet.

According to news reports, Imran Khan conducted interviews at his personal residence, in Bani Gala, to finalize the members of Punjab cabinet. The Prime Minister questioned the candidates, while Chief Minister Punjab Usman Buzdar was also present there.

BeEducated.pk found out that after discussions, PTI has announced the names of Punjab cabinet members, who have also received the charge of their departments. According to the PTI’s press release, the cabinet member includes:
•    Aleem Khan who was appointed as a Senior Minister and he will also be in charge of Local Government         and Community Development
•    Mian Mahmood ur Rashid, who will be the head of Housing and Urban Development
•    Dr. Yasmin Rashid, who will be in charge of Primary and Secondary Healthcare
•    Mohsin Laghari, who has been appointed as Irrigation Minister
•    Samiullah Chaudhary, appointed as Food Minister
•    Makhdoom Hashim Bakht, who has been named the Minister of Finance

Some of the members are still without portfolio, which means their positions have not been decided yet. Members such as Muhammad Sibtain Khan, Sardar Asif Nakai, Hasnaian Dareshak, Malik Muhammad Anwar and a few others will soon get appointed to their departments/positions. 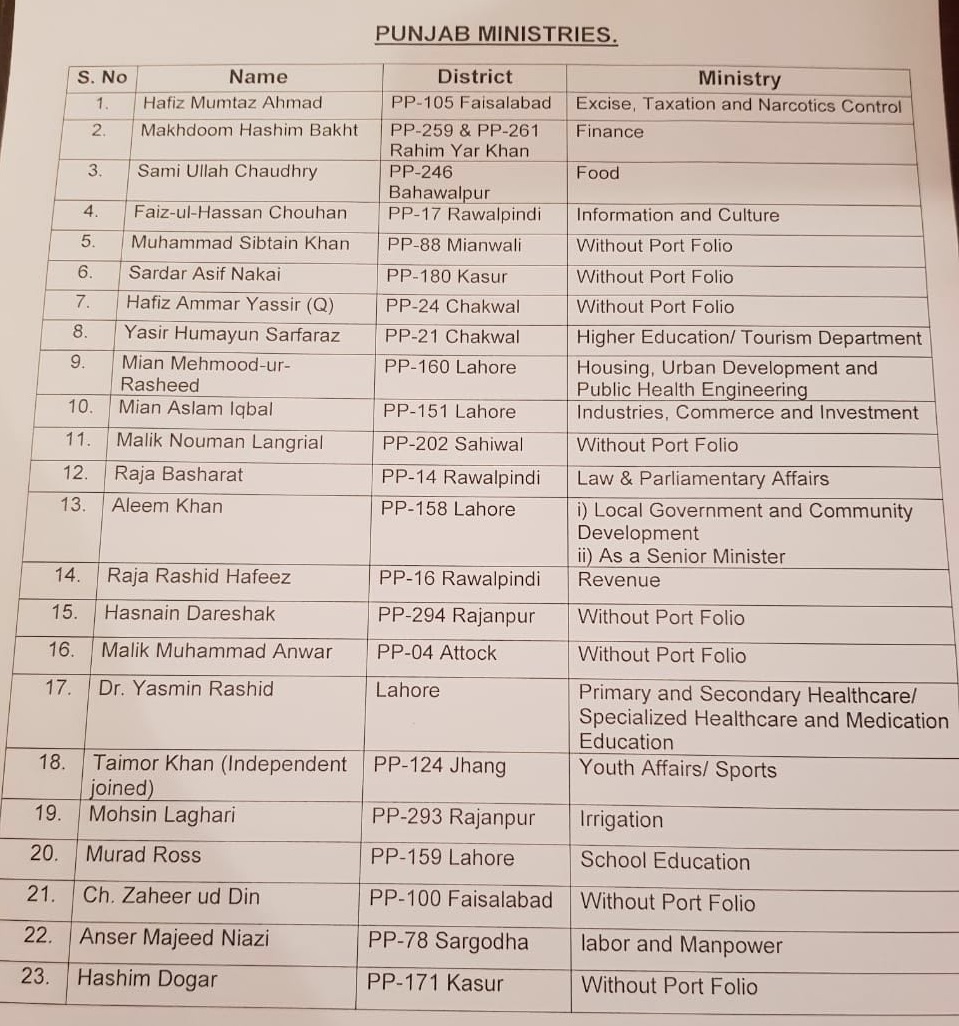 For more political news and updates keep visiting our website as much as possible.