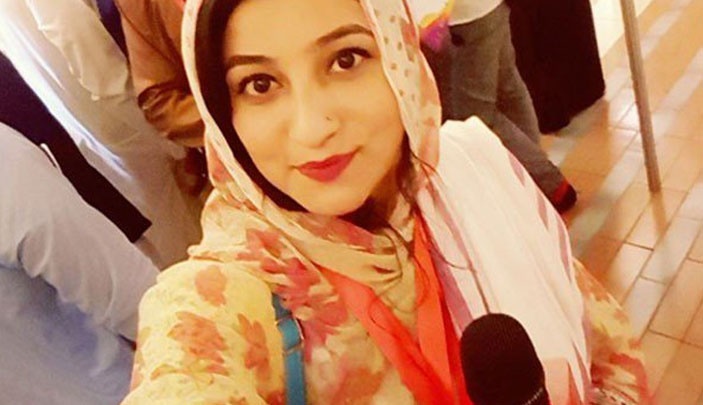 Manmeet Singh Kaur is from Peshawar and she’s the first female Sikh journalist of Pakistan. Manmeet will be working as a reporter on a local TV Channel Hum News. It’s the first time when a Sikh lady has come forward as a working woman.

Manmeet Talks to the Media

Manmeet Kaur came to Lahore to see her relatives and to worship at a Gurudwara located in Dera Sahib. While Talking to Express News she told that she’s From Peshawar and she has five siblings. She’s the middle child as she comes at number three among her siblings.

BeEducated.pk found out that she did her Masters degree from Peshawar University in Social Work. While media was not her field of interest but she did not refuse when the private news channel offered her a job as a reporter.

Future of Sikh Women in Pakistan

According To Manmeet, there is a large number of female Sikhs but none of them come forward as a working woman. Because Sikh Woman are used to staying at home after their graduation. But Manmeet is not one of them, she made the decision to get herself employed.

Manmeet wants to serve the country by what she has studied and the profession she chose. She wants to show Sikh girls are talented like any other girl in the world.

Manmeet Singh Kaur said she will work hard and make her country, Pakistan, proud. She also said that when people in Pakistan come to know that she is a Sikh women they treat her with respect and she appreciates everybody’s good values.

She added, “I want to tell the world that talents are valued in Pakistan, but they are not related to any religion and religious community.” Pakistan is progressing each day with the help of its youth, may they be boys or girls.

Hopefully, more educated girls will step forward and join the workforce to make Pakistan one of the leading countries of this world. Remember, to get latest news keep on visiting our website on daily basis.