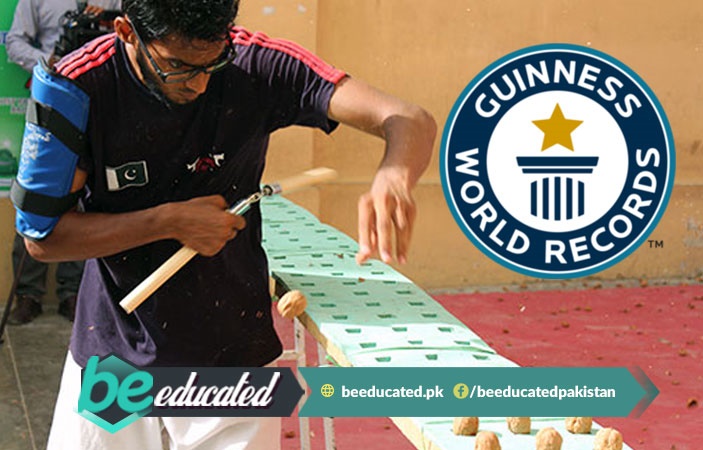 In Karachi, another Pakistani martial artist took away a Guinness world record from India. BeEducated.pk found out that Mujtaba Hassan has received a confirmation email from Guinness World Book of Records for creating new world record.

This amazing record can also be verified from the official website of Guinness World Book of Record. Mujtaba Hassan created a new world record by breaking the most walnuts with nunchucks. The previous record was made by an Indian after breaking 108 walnuts. But Hassan Broke 118 walnuts to make the new Guinness world record.

ANOTHER MARTIAL ARTIST WHO MADE OUR COUNTRY PROUD

Few weeks earlier, Rashid Naseem also snatched a Guinness World Record from India. He broke 278 walnuts with his palm within a minute. Rasheed also smashed 51 watermelons with his head and he performed numerous breath taking stunts. Rasheed trained really hard to make these records. And by making these kinds of records he made the whole nation proud.

OTHER PAKISTANIS WHO MADE WORLD RECORDS

It is good to see many Pakistanis making world records to bring fame to our country. We hope our country can hold spots for various categories in the Guinness World Record Book.