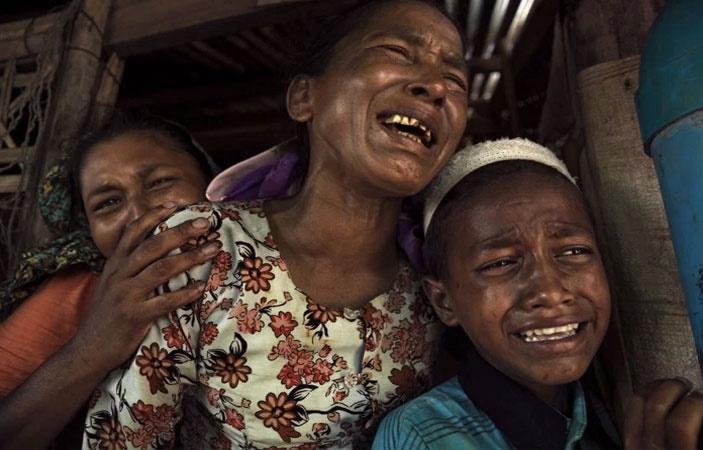 Before it gets too much late we should start working on brutal scenario that is going on Myanmar. As a Muslim it’s not only the duty of armed forces to save our Muslim Brothers of Rohingya, but it’s our duty too, to raise voice against the atrocity and maltreating of Muslims in Myanmar.

They are not even considered the part of their state and are also not given proper right of national identity. The military operation in Rohingya is so much cruel and intense against Muslims as they are pointed as genocide victims.

Above all Myanmar’s civilian leader Aung San Suu Kyi is a Nobel peace prize laureate, who is now eventually asked to return the Noble peace Award back.

Now the issue beside Myanmar’s genocide is that there are 47 Muslim countries in the world in which some of them are considered the powerful countries with severe weapons who are still quite to support the Muslims of Rohingya. In this prospect even our Media who act as a biased body is still quiet, whereas social media is provoking this issue at high level to create awareness.

As a Pakistani, I condemn the bombarding cruelty and genocide not in Myanmar but in the world, for me after my religion humanitarianism come first and it should not be first for me but for all mankind of this world especially, for the people who sit in hutch of United Nation (UN).

It seems so cruel when I see that on a dog’s death the whole UN made a special black day and if there only blast occur in any other foreign country this so called Non-Government Organization makes the Muslims responsible for the blast and then consider Muslims as a Terrorist and they do condemn the attack too. Coming back to my point I just want to compare a Muslim live with that dog death in a way, as how much those people of UN organization consider us in the world. I must say that our lives as Muslims is inhumane and is bitter then animal’s life just according to UN after their inappropriate behavior in front of the world as they are not taking a part in this genocide blasphemy.

Here we need to stand up for Muslims Brotherhood by the 47 Islamic countries within the world for our Rohingya Muslims. We just need to put aside the disputes within us over the sects, language, customs and traditions and beyond groups just under the banner of Islam. We need to stand up for ourselves to show unity as a Muslim Community in front of the world and UN to make their mouth shut and to repel their thoughts that we within us are not enemies but brotherhood and beyond humanitarianism.