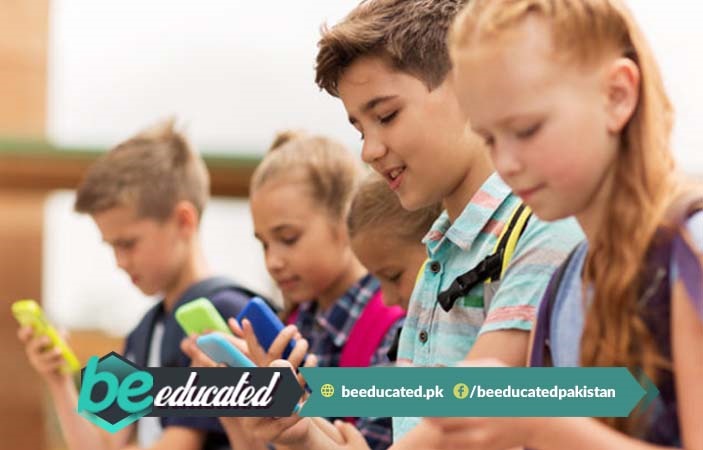 Smartphones and tablets are creating anxiety in children and adolescents. Because of the latest technology they talk with people from different continents. Due to this they are growing apart from their actual friends, which is effecting their childhood.

BeEducated.pk wants you to know an American Common Science Media survey has found, 72 percent of the teenage boys and girls believe that the phone should be used to talk instead of meeting up in real life. When 59 percent of parents believe that their children are suffering from severe addiction to smartphones.

According to the experts, technology and phone dependency on phones are children stopping children from many daily activities which include physical exercise, eating on time, talking to friends, sitting with family and other engagements. Thus, this behavior has changed them fundamentally and distancing them from real life. Experts have named the Internet’s annoying use as Problematic Internet Use (PIU).

Similarly, an addiction to continuous online game play has also come up that is known as Internet Gaming Disorder and almost 10 percent American children are suffering from it.

Children are Becoming Lazy Due to Smartphones

Another research has find that children of this generation are also showing laziness at performing tasks assigned by their parents. Which can work against creating order and preparing them for practical life. Within the new generation there are children who are growing locked in houses as they avoid going out.

In 2017, there was another survey done which gave disturbing information that students of 8th to 12th class who are using social media have tendency to get depressed, isolated and suicidal.

Many children have also admitted that they are becoming captive by their smartphones. Often, these addictions are considered dangerous so use of smartphones should be done with moderation. To get more news keep visiting our platform frequently.