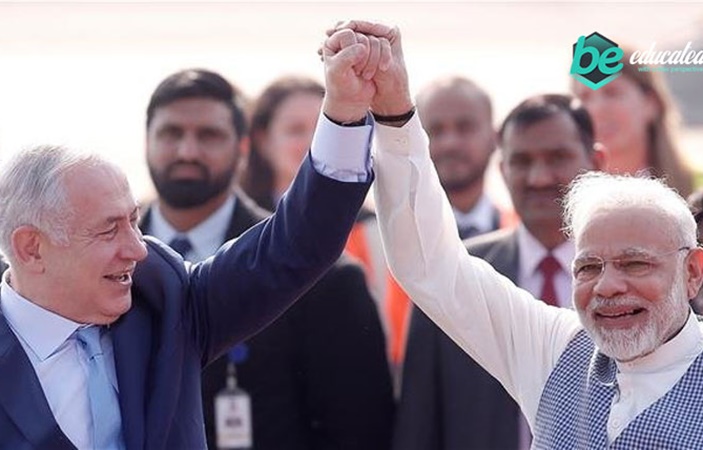 One of the Islamic base has been destroyed, The Command and control center has destroyed many terrorist attacks.

Since Months, Israel is with India and India is BJP in an unspoken and politically threating alliance. Is working on unofficial, unacknowledged alliance and India has been the largest weapons market for Israel arms trade. Indian Press just proclaimed that they used Israeli Smart Bombs in a strike against Jaish-e-Muhammad. The terrorist organization which is supposedly eliminated 300 to 400 terrorist turn out to be rocks and trees. The attack on Jaish – e – Muhammad in Kashmir, 40 Indian Soldiers were dead.

India was the largest arms dealing client of Israel, all the ammunition was tested by Israel military against Palestine and Targeted Syria. India was payed £530 million for Israeli air defence. But Israel and India’s Arms trade is legal and is advertised by both sides.

At least 16 Indian commandos were a time based at Israeli air base. Israeli Prime Minister Benjamin Netanyahu recalled the 2008 Mumbai attack in which 170 civilians were killed. “Indians and Israelis know too well the pain of terrorist attacks,” he told Modi. “We remember the horrific savagery of Mumbai. We grit our teeth, we fight back, we never give in.” This was also BJP-speak.

Hindu nationalists had constructed an attractive idea to those Hindus who recall the partition and the continuing unstable relationship with Pakistan.
@sunnysmily05

Signing up to the terror of war especially may seem natural for two states built on British rule partition whose security is threatened by Muslim neighboring Countries.
In both scenarios, their struggle is over the right to own or occupy territory. Israel, India and Pakistan all have nuclear weapons. Another good reason not to let Palestine and Kashmir get knot up together. And to leave India’s 180 million Muslims alone. More updates please our page beeducated.