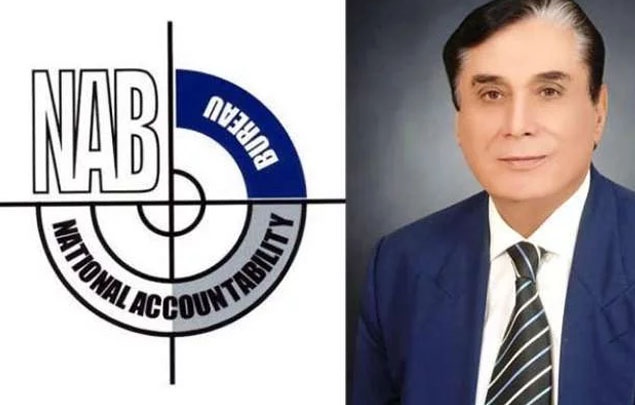 During visit to National Accountability Beauru (NAB) office in Khyber Pakhtunkha, chairman NAB (Retd) Javed Iqbal admired the performance of Beauru. He said that KPK NAB has pursued corruption in a great way. He further said that NAB is not responsible for demise of Mian Javed and is lamentable for death of him and it is not good to damage the NAB’s repute. Director General NAB KPK Farmanullah informed chairman NAB about latest developments relating mega corruption cases.
The Nation on Twitter:

Also read: Nawaz Sharif will hear the judgment in the courtroom today​

Chairman told that it is the priority of NAB to pursue mega corruption cases and NAB has recently filed 440 references. He further said that propaganda campaign has been started against NAB to escape from cases. NAB is tackling corruption with performance. He stated that honor and integrity of our country is in eradication of corruption and corruption is a hindrance in the way of prosperity of our country.
Imran Khan on twitter:

He added that NAB is our national institution and it is responsible to recover the looted money. Chairman said that NAB is performing its duties in a well manner and international organizations have also admired NAB role in this regard. As we know that politics news nowadays is very hot topic among people after the imprisonment of Nawaz Sharif who has looted public money. Chairman told that NAB officials have been guided to handcuff the suspects. Chairman also gave cheques to the affectees of Blue housing society located in Nowshehra. Affectees were happy by receiving cheques.
Also read: PML-N says Jafza Documents not Attested According to Law