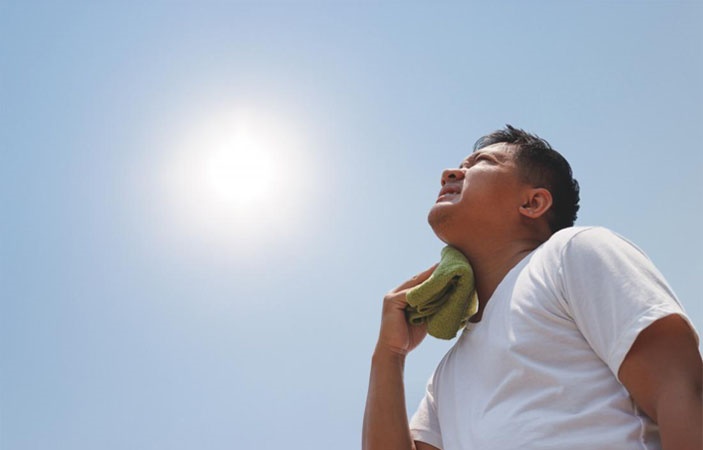 From Norway to Japan and Arctic to London, high temperatures have been recorded, due to which fields have caught fire in various places. Specialists have described these phenomena as an extreme change in climate.

Destruction Due to Heat Wave

At least 82 people have died from the extreme heat and forest fire in Greece. This has become Europe’s deadliest forest fire in more than a century. Although hot weather is common in Greece, but meteorological

Department and other scientists are quiet upset with heat intensity in North Europe. The World Meteorological Organization (WMO) has said that the temperature will rise further to Ireland from Scandinavia in early August. And in the Baltic countries, heat wave will be extraordinary.

The heat level recorded in Sweden, has been not recorded in last 250 years. The villagers have expressed their concern about their dying animals due to drought in the area. At the same time, there have also been incidents of fields catching fire.

On the other, dozens of people have died because of heat in Japan. The heat wave has been in Japan from many days. At California, the temperature was at 48.9 degrees Celsius.

Experts talking about the climate change

In Germany Potomac Institute for Climate Change, Professor Andrew Liverman says 'Usually we see heat wave on a part of the planet but now the whole half has faced it and its effect was seen and it was very hot.'
On the other hand, when experts were discussed, does this update have a formatted appearance of Climate Change? On this, experts showed mixed reaction. For example, French expert Jean Hessel said that it is very difficult for every incident to change climate change.

Deputy Secretary General of the World Organization of Meteorological, Elena Malkova said that we can say that the recent meteorological intensities show climate change due to the expulsion of greenhouse gases.

In December, a US report published in Meteorological Department said In 2016, whole Asia will face heat wave because of Global Warming. In the report it was mentioned that the last three years were the warmest years human race has ever faced. And if the carbon dioxide deposit rate remains in the same way, then the series will become more dangerous.

BeEducated.pk wants you to know that according to experts, the recent wave of heat in Europe has also been called climate change. It was clear that before the Climatic Channel (IPCC), mentioned in report that weather events could occur globally in the next decade in 2012.