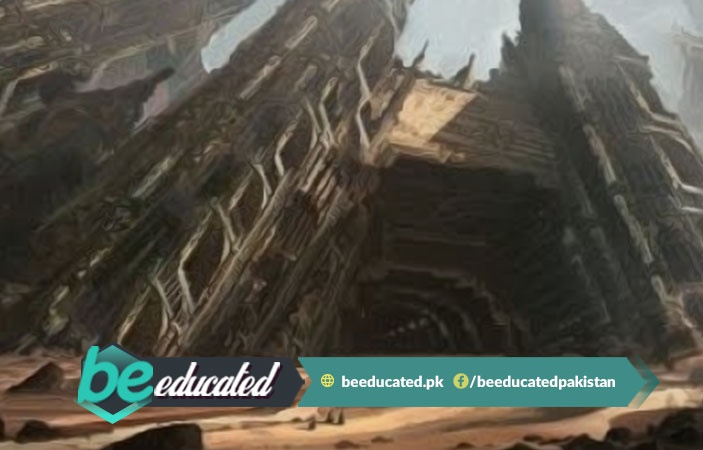 Ancient libraries are sinking in the sands of Mauritania where almost ninety percent land is within Sahara Deseret. Mauritania is officially known as the Islamic Republic of Mauritania, centuries ago it was home to traders that traveled from countries far away. Its cities were also centers for gaining education and skills to make a life in the old days.

These ancient libraries are the proof that hundreds of years ago people came to learn and spread knowledge within the cities of Mauritania.

These libraries still have thousand year old written scriptures and various other old books. In the past few years the sands of the desert has started ruining the ancient scriptures, holy pages and different books. All the holy books, scriptures and things in Chinguetti libraries once belonged to people travelling for Hajj (Muslim pilgrimage to Makkah Mukarramah).

Experts tell us that these libraries have books from the 9th century and there are scriptures written on deer skins that are a cultural heritage. Also the libraries are built with rocks and stones, which was a great achievement for the workers of that time.

BeEducated.pk searched about this news and found out that a writer Kit Constable wrote: “Like so many desert towns through history, it (Chinguetti) is a casualty of time and the changing face of mankind’s cultural evolution.” He was warning that the city, with all its libraries, will be buried under the sand one day and everyone will forget about them.

UNESCO Took Steps to Save The Sinking Libraries

In 1996 United Nations Educational, Scientific and Cultural Organization (UNESCO) declared the city as World Heritage Site. But the libraries are still getting destroyed because of the desert sand. The weather conditions are not helping either because there are frequent sand storms that are sinking these ancient libraries faster.

Hopefully, people will pay more attention to this world heritage site and try to save it from getting buried under the sands of Saharan desert. The most important things is to retrieve and preserve the old books and scriptures in these libraries. Keep on visiting our website for latest news related to education and more.