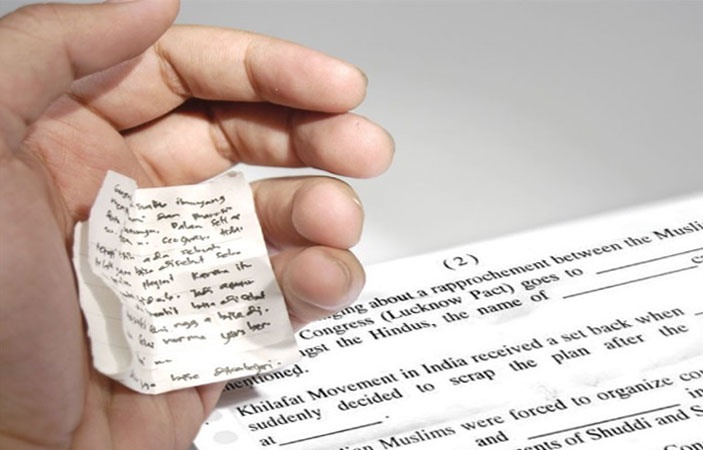 KARACHI: After the lot of corruption and cheating cases in examination ACE has started probing the allegations of tampering result that is facilitating the wrong means. As the haunt in Board of Intermediate Education Karachi’s (BIEK) is continued on multiple levels, officials of anti-corruption body is not letting the matter go off that easily as they have started tackling the matter.

Anti-Corruption establishment (ACE) through recent development is investing since the last one year, in the corruption within BIEK. As it has asked the officials of BIEK to show the financial records, letters and documents that are pertaining as a furniture and installation of a lift in the building of board office.

It is also been suspected by the ACE that if all the money is allocated for the lift and furniture in the board office or is either been used for other expenditures as well.

The office of BIEK was raided by ACE in August, 2016 over several complaints during tampering of results while in 2015. In such investigation the former examinations controller of BIEK, Imran Khan Chisti was found accused of corruption in Mirpurkhss board and BIEK.

Chairperson Prof Inam Ahmed told the news sources that, “They [ACE] have been asking for several documents and we have always cooperated with them as we also want to hold the [corrupt] officials accountable’.

He further stated that, ACE has asked for the students’ files and results of the annual examinations of 2015 and 2016, which affects the board operations, but still they will cooperate with them as as panelizing the corrupt elements is also good for the boards.

ACE has also asked for the answer copies of the students whose records were inherited in the laptop of the clerk for which he had also admitted that he used to collect money from the students to tamper their results. Strong evidence of manipulating the results of 94 students had found by ACE. For which such students’ results were announced 3 weeks late according to the announcement of result date which was September 5, 2016 all because of the raid.

Probe still continues after the BIEK has handed over more than 8,000 copies of answer to ACE for investigation.

The Chairperson of ACE Ghulam Qadir said that the investigation need further investigation as many factors are coming up with sudden points of investigation. As he said, “FIRs have also been lodged against many officials and clerks who were found guilty in the tampering of results and corruption in the examinations”.

He further added that the investigation reports have been sent to the concerned authorities and now the report is expected to be completed by the end of this month as he said, “Many of the clerks and officials at the BIEK have been replaced during this time but we are trying to wind up the case with our final report soon”.