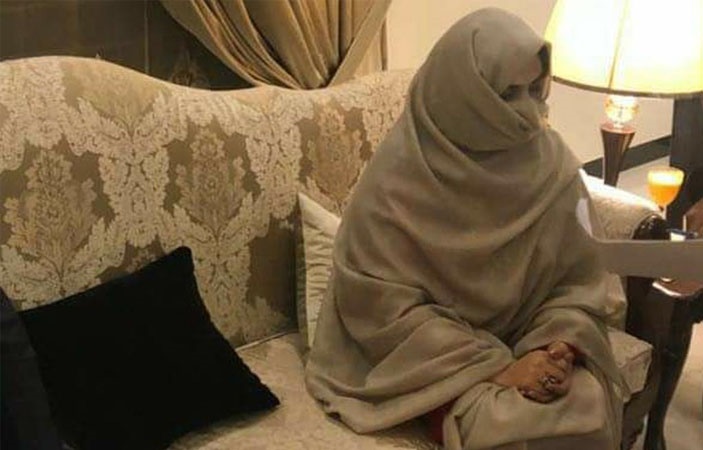 In Lahore, Pakistan is going to have a especial veiled lady Bushra Watto-Khan who keeps Islamic traditions of Purdah and not getting in pressure of modern times.

Mufti Masod Alam a religious scholar, reached me the other day to appreciate Bushra Khan for keeping the religious and spiritual traditions in such a world where power games are played.

According to the resources, Bushra Khan’s prediction about the General Elections and that Imran Khan will become Prime Minister has been true. That her prophecies about Imran Khan’s Pakistan Tehrik-e-Insaaf party getting 116 seats, made months before the elections, have also proved true.

Bushra Khan is not a Pirni or spiritual guide, sitting behind the curtains and just offering prayers and predicting events. The Resources says “She is very practical and advises her husband on religious, spiritual and political issues. She was instrumental in getting Pir of Siyal Sharif, Pirs of Sultan Baho and even Pirs of Manki Sharif accommodated in the PTI ranks,”

Bushra Khan’s political skills were observed in her native land Pakpattan she smacked in such a way to ensure the defeat of her Ex-Brother in Law and PML-N candidate Ahmad Raza. She also managed her son-in-law Mohammad Hayat Maneka’s provincial assembly seat [PP-191] by disfavouring the PTI candidate from the same constituency.

Bushra Khan’s religious beliefs are very strong and she condoned Maulana Rizvi’s conspiracy against Imran Khan and warned her husband to be careful on the issue of Khatam-e-Nabuwwat [finality of Prohethood] in future. It was through her advice and courtesy that Imran Khan had a three-hour marathon meeting with Mufti Muneeb-ur-Rehman, Chairman of the Ruayat-e-Hilal Committee to clear the issue with Ahl-e-Sunnat-wal-Jamaat.

BeEducated.pk wants you to know that, Imran Khan says his prayers regularly for five times and feels purity around in the company of the newly-attained spiritual power.