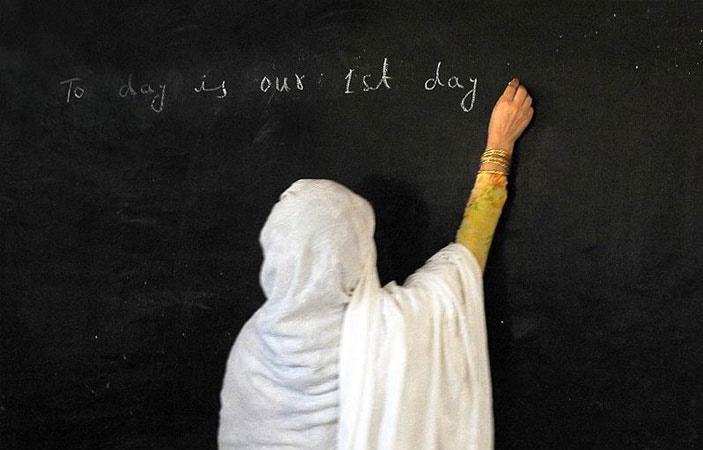 ISLAMABAD: The community of teachers in capital at government schools have urged the prime minister to provide them better deals as the employees of other federal government departments are enjoying.

On Monday, a representative body of school teachers wrote a letter to Prime Minister Shahid Khaqan Abbasi to resolve their critical issues regarding financial status so they could perform their duties with great ease and stress free.

The Federal Government Teachers Association (FGTA), in the letter has demanded the PM to announce special package on World’s Teachers’ Day that falls on October 5.

It is said that billions of rupees are spend on the uplifting of public educational institutes but nothing is approached to the people who teaches in such institutes.

The letter said, “Teachers who have to impart knowledge can do much better if certain measures are taken for their betterment and to ease their mental stress.”

The teachers’ demands for higher qualification increment, payment of rental allowance along with monthly salary, upgrading of elementary school teachers, introduction of education allowance on the analogy of health allowance and upgrade of basic salary like model colleges.

The president of FGTA Malik Ameer Khan said, “We should also get the same perks and privileges which are available to employees of other ministries and departments.”

He argued that except teachers, the federal government is paying allowance to employees of different departments and ministries.

For this Ameer said, government has to pay this allowance despite a court order in their favor, he said.