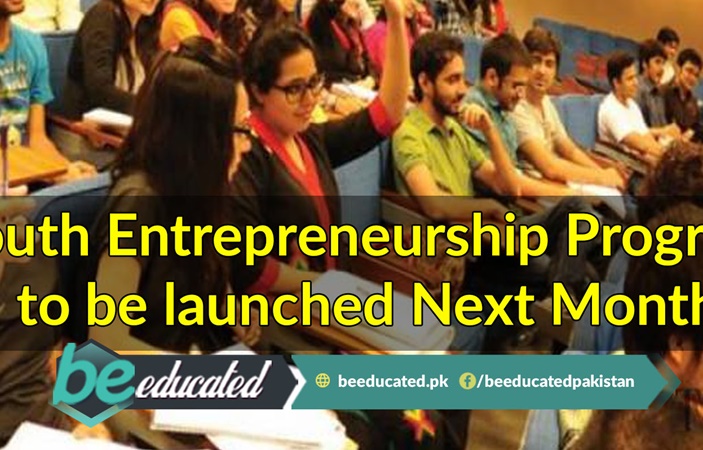 Youth entrepreneurship program will be started with in next month. According to this program funds will be given to youth for businesses. Minister of Punjab of sports and youth, Muhammad Taimoor Khan said on Tuesday that Government wants to give financial assistance to young generation and their dear ones as per entrepreneurship program.

Muhammad Taimoor Khan said that 64 percent population of our country consists of young people and it is good to invest in young generation. He further said that it is not easy to give grants to youth as it is a challenge. He added that it is responsibility of the Government of Pakistan to fulfil the desires of youth towards their future. Minister of Punjab told that we are focusing on promotion of skills in youth as there are not too many Government jobs in country for all new generation.

President of United Nations General Assembly came in National University of Sciences and Technology (NUST) in Islamabad.  She admired the efforts of University for training in the field of peace in troops. She further said that Pakistan has been playing its role for peace in all parts of world.

Rector of NUST University, Lt General Naveed Zaman welcomed the guest at campus. Rector admired the visit of president of UNGA. In response to the comment of President, rector said that with every passing year the female students and female staff of University have gotten success.