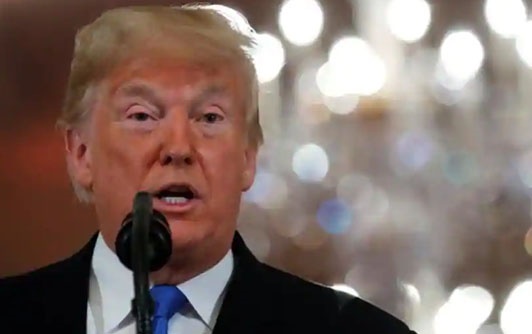 United States (US) president said on Thursday that he wants a good relationship with Pakistan and he also wants to meet Pakistani leadership. He emphasized on initiation of peace talks with Taliban and said that he will meet new leadership of Pakistan very soon. Although Trump Government has cut $1.3 billion aid towards Asian countries as he has told that Asian countries are not fair to us but he has further said that Pakistan should play a vital role in Afghanistan.
US president Donald J. Trump on twitter

Starting to develop a much better relationship with Pakistan and its leaders. I want to thank them for their cooperation on many fronts.

Also read: Pakistan's Foreign Office Protests against US on Getting Blacklisted​

Nearly a month ago, US President had written a letter to Imran Khan in which he had asked for Pakistan’s help for peace in Afghanistan and also asked to convince Taliban to sit on table for talks with US to end war in Afghanistan.

US secretary, Mike Pompeo had met Imran Khan in September and had said to take measures against radical militants who are threatening peace process in the region.

In an interview to CNN world news TV channel, Lindsay Graham South Carolina Senator who is said to be near President Trump has said that if Pakistan helps US in terms of bringing Taliban for talks on table with US then US will focus on counterterrorism. He had further said that by help of Pakistan, Afghan war will end.
US president Donald Trump, during a press conference in White House had blasted that US is involving extended involvement in issues of Afghanistan. He further said that US has fought a long war against militants.
Trump Government seems against more involvement of US in Afghanistan but when conditions will be favorable no one knows.
Jenan Moussa on twitter:

Crazy times. The media office of the Taliban asking President Trump on Twitter to reach the Taliban through their office in Doha "once you're ready to discuss your exit" from Afghanistan. @akhbar pic.twitter.com/hsKg8iD5uI