Teams and Competitors of F8 Hackathon

BeEducated.pk has found out that 145 developers competed in the event. According to The News, the developers were further divided in 53 teams for the competition and the Pakistani team won a prize of $10,000 USD for creating an app that allows users to communicate with pseudo-names in Facebook groups. 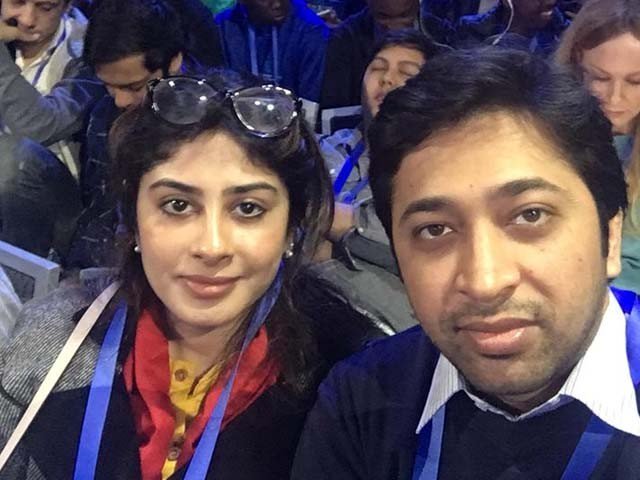 The duo was inspired from a Facebook group Soul Sister Pakistan, which is a female only Facebook group for letting girls or women to connect with one another from anywhere in the world. The group is safe place for them to share their views or problems and ask for advice in return. But in some cases it’s hard to reveal their identities but they need the solution to their problems. So, they are forced to share their problems with their Facebook profiles and real names.

Thanks to the Pseudonymous app people will be able to talk with fake names in Facebook groups to discuss their problems without revealing their identities. According to express.pk, first place in the Hackathon went to a project name ‘Voice’ that is very similar to our Pakistani developers’ project.

Recently, Dania Hassan became the youngest Pakistani girl to receive Emerging Young Leaders Award and now this developer duo have won 2nd place in Facebook’s F8 Hackathon along with Facebook for Developers blog post, F8 blog post and a Special Hackathon Swag. As Pakistanis we should be proud of their achievements.

We should encourage our youth to become creative and innovative like Dania, Azka and Asad. Government should pay attention to the education system and make plans to provide basic education to all children of our country. Finally, keep on visiting our website to get latest educational news of Pakistan.