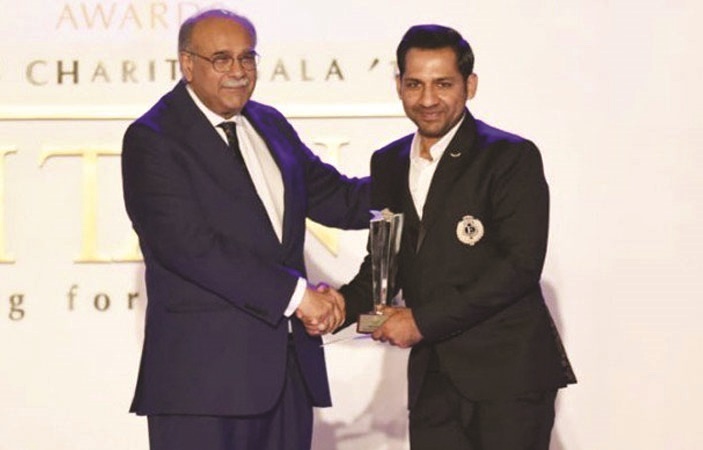 Pakistan Cricket Board (PCB) held its Annual Awards ceremony last night (on 8 August) in Karachi, where Hassan Ali, Babar Azam and Sarfraz Ahmed bagged the main awards at the event.

On the other hand, Sarfaraz Ahmed received the Special Outstanding Performance award from the hands of Chairman PCB Najam Sethi. Shan Masood won the Best Batsman of the Year award, Best Bowler Domestic Cricket was awarded to Aizaz Cheema, while Best Domestic Wicket Keeper award was presented to Kamran Akmal.

Best Female Batsman award went to Bismah Maroof, who replaced Sana Mir as the new Pakistani Women’s team captain last year. The Best Bowler (Female) turned out to be Diana Baig and Best Wicket Keeper (Female) award was given to Sidra Nawaz. While Blind Cricketer of the Year award was presented to Amir Ishfaq and Disabled Cricketer of Year 2018 was revealed as Nihar Alam.

However, Shoaib Malik couldn’t make it to the ceremony saying that Playing for one’s nation is an honour and the award ceremony is a good initiative to appreciate the efforts of all Pakistani cricketers. Finally keep visiting our website for more news about sports, politics, and education in Pakistan.

I’m going to miss the #PCBAwards in person but I’ll be there in spirit of course. Playing for your nation is an honor on its own and this award ceremony is an excellent initiative to recognize and appreciate the hard work cricketers put in day-in day-out #PakistanZindabad 🇵🇰